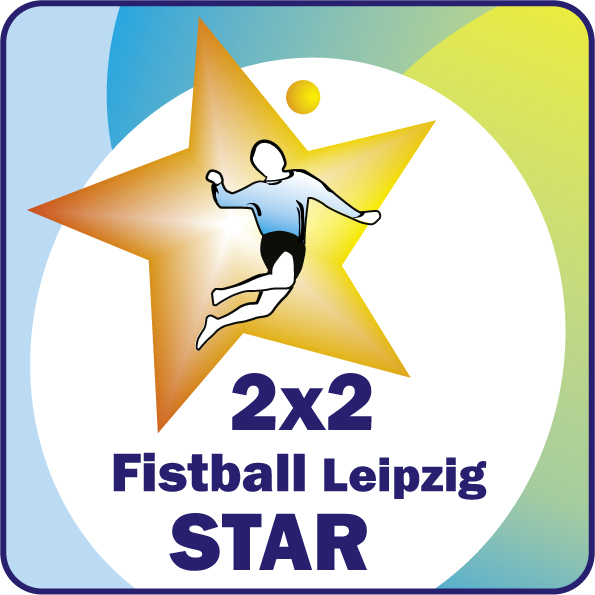 What is generally known under the term “small field fistball”, IFA has now poured into a uniform set of rules as the official “2×2 Fistball”. The new discipline will now celebrate its world premiere this weekend at the “2×2 Faustball Leipzig STAR” with 12 teams from Germany and the Czech Republic as part of the male U12 German champs at the Wettinbrücke sports venue. The group matches start at 10 am and the semifinals at 4 pm. The gold medal match on the Sparkassen Center Court will take place at 5:30 pm. Admission including the U12 champs costs 6 euros.

All teams will start in the open category.

Originally, the world premiere of the new format was planned for the International German Gymnastics Festival in Leipzig in May and was announced as a 2×2 fistball world championship. After the cancellation of the Festival and the CSIT World Sport Games scheduled as a replacement event in mid-October, the federation has now created a small tournament series at short notice to start the project this year.

“The aim is to establish a second discipline alongside classic 5-a-side fistball that is more compact, has an even greater event character and can be played on different surfaces,” said IFA President Jörn Verleger. “We are trying to push the sport of fistball. Our goal is to complement the fistball offer and to be able to offer a form of play for even more young people in inner cities without the classic grass court,” said head of fistball department Julian Scharf of the organizer SC DHfK Leipzig.

The tournament format with two courts and three guaranteed games per team as well as a players’ party in the evening is somewhat reminiscent of beach volleyball due to its compact and event-oriented design.

The tournament is played on an area of 15×30 meters, whereby the actual playing field is only 10 by 3 meters. During the turn, the ball is allowed to come up within the complete own half. When the ball rolls over, it must come up in the opponent’s half of the pitch.

The Errea game ball was developed especially for the series, weighs 230g and is 55cm in circumference. Also the official fistball net tape is a new development of the Leipzig company variscia.

Leipzig STAR receives wildcard for the 2×2 Fistball European STAR in Nuremberg-Eibach on September 25.

The winners of Leipzig can look forward to a prize money of 100 € for the victory in the final and a wildcard for the 2×2 Fistball European STAR, which will take place one week later in Nuremberg-Eibach. In addition to German teams, top European players from Austria, Switzerland, Brazil and Chile will also compete. Mixed country teams are also allowed.