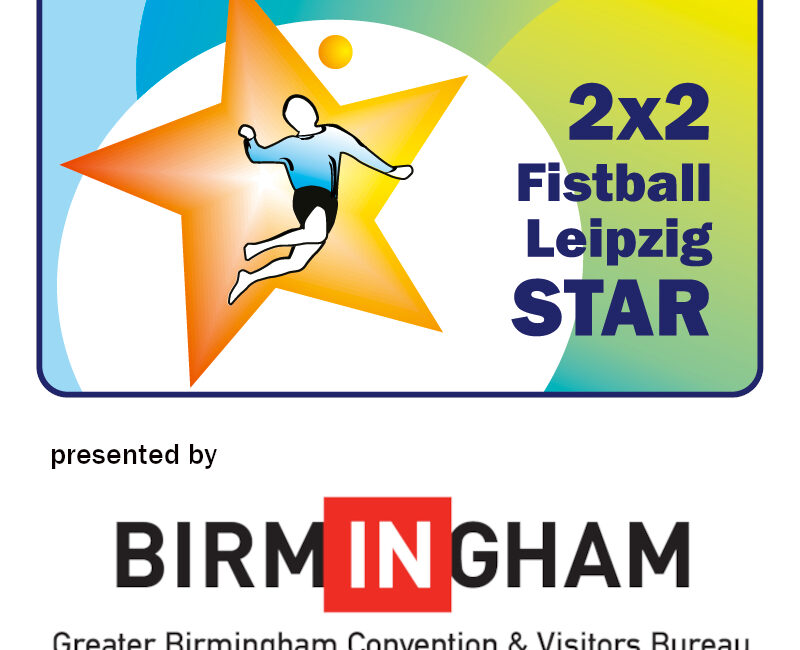 “This will give the host city of the next games of the non-olympic sports a special presence in the run-up to The World Games,” said IFA President Jörn Verleger looking forward to the support for the world premiere of the new discipline.

“Birmingham and Alabama are always worth a trip,” said Janin Nachtweh, representative at the Alabama Tourist Office for Germany, Switzerland and Austria. Traditionally, a large Fistball fan base always travels along to the World Games, which will be held next year from July 7 to 17. “Alabama will delight its guests with its outstanding southern hospitality”, Nachtweh added. All tickets are officially on sale now and available on www.twg2022.com/tickets.

“Our goal is to complement the offer for Fistball players and to be able to offer a form of play for even more young people in inner cities without the classic grass court,” International Fistball Association President Jörn Verleger said. “I don’t want to rule out that we will still propose 2×2 Fistball to the IWGA at short notice as an addition to the program in Birmingham after a successful start. For the first time, six women’s teams will also play for medals in the traditional 5 a side match in 2022. Fistball has been on the program of the London Games since 1985.

The game is played on an area of 15 by 30 meters, with the actual playing field measuring only 10 by 3 meters. During the turn, the ball is allowed to come up within the complete own half. When the ball rolls over, it must land in the opponent’s half of the field. The official match ball was developed especially for the series, weighs 230g and is 55cm in circumference. The small circumference reduces the advantage of strong attacking players. Technical skills and reaction speed promise spectacular rallies.
Teams from Germany, Austria, Switzerland, Brazil, Chile and probably India will compete in the inaugural 2×2 events.

Originally, the final of the Fistball World Tour was planned to take place in Birmingham (Alabama) this year, but had to be cancelled due to pandemic.