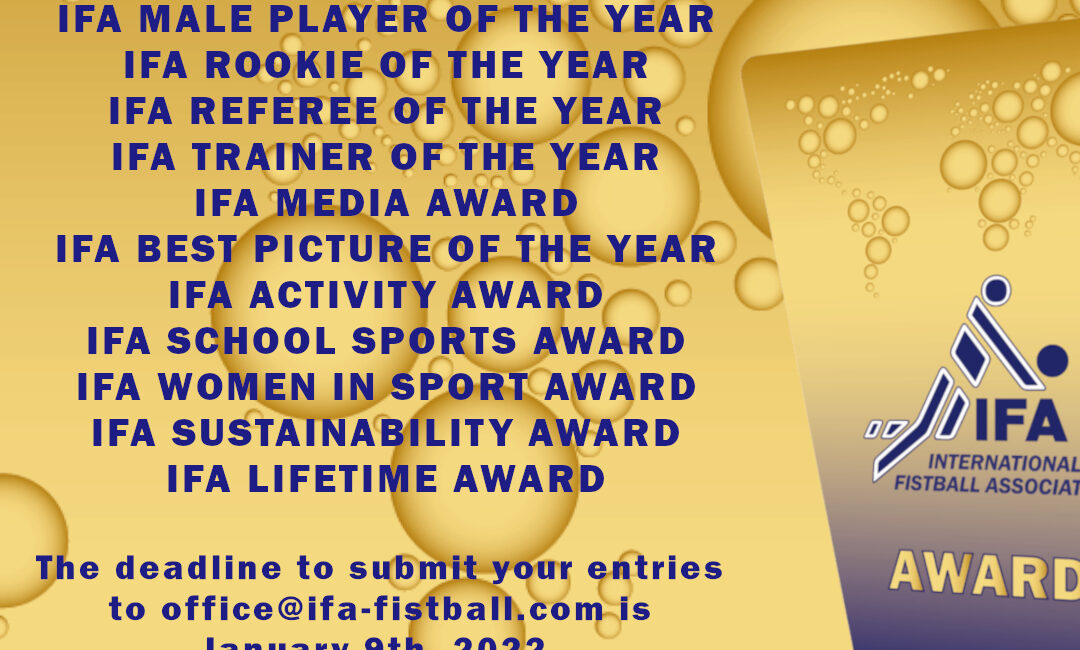 International Fistball Association (IFA) has the honor to invite all Fistball players and IFA members to submit entries for the IFA 2021 AWARDS for the following categories:

The deadline to submit your entries to office@ifa-fistball.com is January 9th, 2022.

The Awards Ceremony will be held virtual within the WORLD FISTBALL DAY 2022 which will be celebrated on Sunday 30 January 2022.

Feel free to get back to us anytime should you need further information.