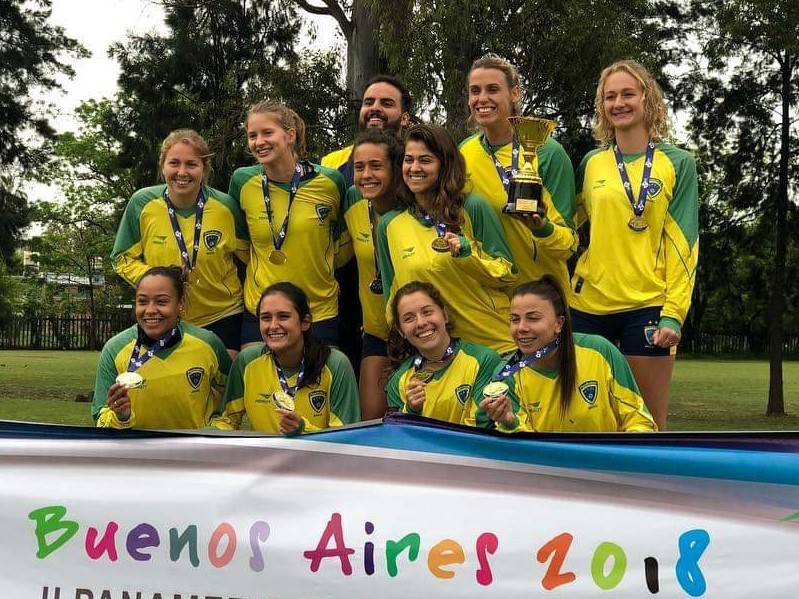 Team Brazil has won the female and the male team event at the 2nd Pan-American Fistball Championships which happened within the framework of the 2018 Youth Olympic Games in Buenos Aires at the SAG Club of Punta Chica of Buenos Aires in Villa Ballester. The three days club competition was won by the female and male teams of Duque de Caxias (Brazil). On Friday the PAFA 2018 Congress under the strong leadership of the confirmed female President Christiane Süffert (BRA) took place. The IFA member federations from North and South America met to discuss the new PAFA Statutes and elected the board. With Silvana Nerys taking over the position of the Financial Director and Patricia Stopp elected as new Secretary now female representation is 3 out of 5 PAFA Board members. As Vice-President Bob Feid was reelected. The new Sports Commission is now chaired by Gastao Englert. The congress discussed the IFA Qualification system for the IFA World Championships and The World Games 2021 – Birmingham as the next IFA female championships in 2020 will also serve as qualifiers. IFA promoted the recently established Fistball Academy for the fistball development worldwide.

Christiane Süffert will stay as representative of PAFA on the IFA Board of Directors. IFA was represented at the congress by IFA President Karl Weiss, IFA Secretary General Jörn Verleger and IFA Administrative Director Christoph Oberlehner as well as the chairwomen of IFA Medical and Anti-Doping Commission Giana Daniela Hexsel. Weiss, Verleger and Oberlehner not only attending the continental championship but also the IOC Olympism in Action Forum (together with Gastao Englert), the IOC Session, the AIMS Council meeting and many more meetings with sports leaders as well as all parks of the Youth Olympic Games in Buenos Aires for several sport events.

Verleger and Oberlehner also used the chance to visit Chile, likely to become host of the IFA 2020 Fistball Women´s World Championships as well as IFA President Weiss attended with great sadness the memorial for former IOC Member and GAISF President Patrick Baumann at the Urban Park. Furthermore, IFA attended the IFMA “Sport is Your Gang” Charity Event under the leadership of AIMS President Stephan Fox.

“IFA thanks the IOC for the opportunity to attend the meetings and sessions in Buenos Aires. It was a great experience to participate e.g. at the IOC Olympism in Action Forum and visiting the Youth Olympic Games. It was a great shock, which hit us all very hard, when we learned the death of Patrick Baumann, President of GAISF, whom we all called a friend,” said IFA President Karl Weiss.