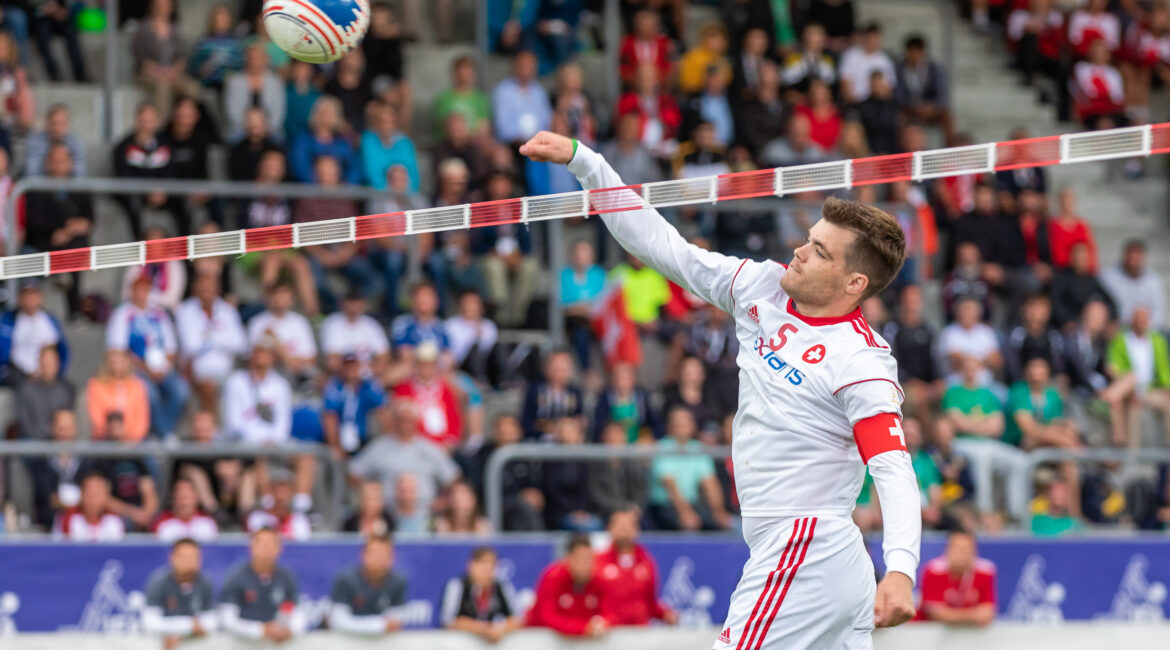 WINTERTHUR. The second day of the 2019 Fistball Men’s World Championship has ended in spectacular fashion with Switzerland and the USA having a thrilling game to end the day. The host nation took the win as expected but the Americans should be very proud of their perfor-mance. The top South American teams played a great game to adoring fans and Germany was dominant against Italy. In Groups C and D the clear top ranked teams are currently the Czech Republic and Namibia respectively. Japan has endeared themselves to the fans with their pas-sion and enthusiasm for the game. The top four are still just that, rounding off a great competition so far.

Brazil had a close win against Chile
The Chileans made Brazil work really hard for the win against them and the crowd was shown some spectacular offensive shots from both sides. Everyone except Brazil was hoping for a fifth set but Chile wasn’t able to make it happen.

Switzerland shows why they are in the top four
Team USA couldn’t pull a win out of the bag today even though they played fantastic Fistball. To a resounding chant of “Hopp Schwiiz” the Host Nation lifted their game and beat the visitors in straight sets. The whole stadium enjoyed seeing real passion from both sides and the team of couch Ronald A Jesswein can hold their heads up high.

Namibia and The Czech Republic top of Group C and D
Namibia had their third win of the Championship and will go through to the double elimination round. The next placed teams in this group are Denmark and The Netherlands with Denmark the like-ly contender for second place.
The Czech Republic was dominant against a flat New Zealand side. The Kiwi’s showed little of the fighting spirit that we saw and loved yesterday. Serbia had a thrilling win over Poland to take them into contention with New Zealand for second placing in the group. If New Zealand want to progress into double elimination they will need to win both their games tomorrow.