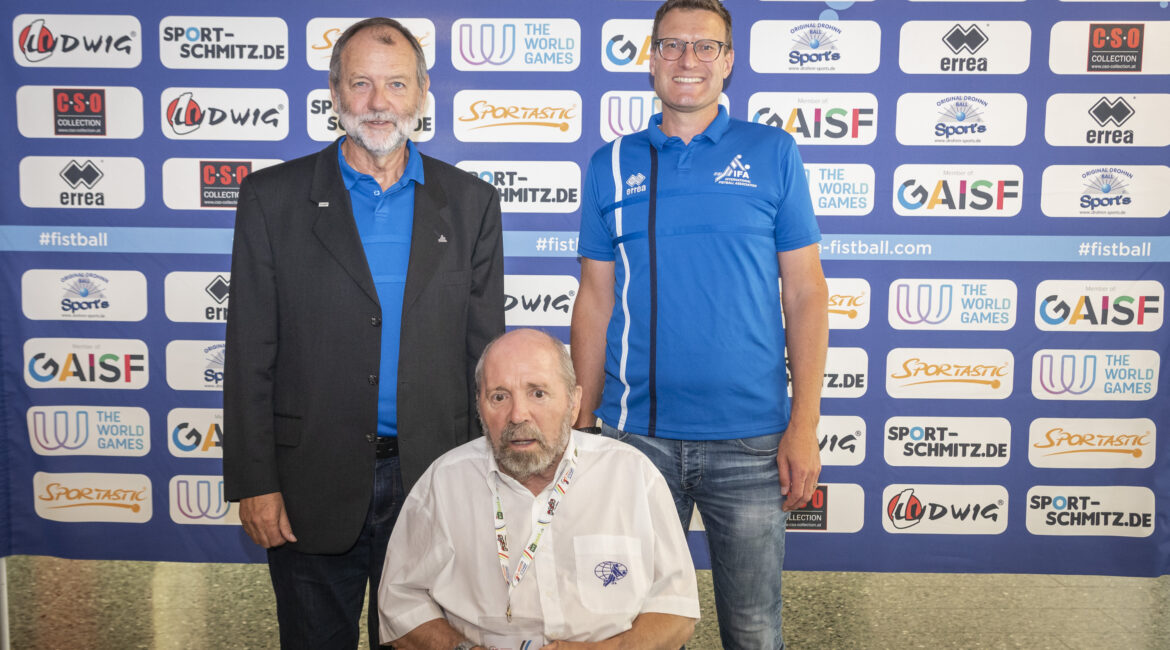 Jörn Verleger from Munich, Germany was elected the sixth president in the history of the International Fistball Association (IFA). The 47-year-old sports manager succeeds Karl Weiss (Austria). The Men’s WC 2023 was awarded to Mannheim (Germany). The congress was part of the IFA Fistball World Championship 2019, which is currently taking place in Winterthur.

Vice Presidents elected Giana Hexsel (Brazil), Vikki Buston (New Zealand) and Steve Schmutzler (Germany). Karl Weiss did not run for re-election after serving eight years as president of the Association. Weiss, who has led the IFA from 27 member nations to 61 national associations in the last eight years, has been elected Honorary President by the Congress.

At today’s IFA Congress in Winterthur (SUI), the next Men’s Fistball World Championship 2023 was awarded. The choice fell on a joint application of the German Fistball League, the Rhine-Neckar Metropol-Region with the city of Mannheim and the fistball club TV Käfertal. The Preliminary Round takes place at the Rhein-Neckar Campus Mannheim and offers a stadium with 5,000 seats. As a highlight the final round will be played in the modern SAP Arena, the home of the Rhein-Neckar Löwen (handball) and the Adler Mannheim (ice hockey). „The SAP arena has space for 12,000 spectators and will be a great venue for this fistball highlight”, says Uwe Kaliske, Head of Sport Department for the city of Mannheim. It will be the first international fistball event to be played on natural grass indoors. “The arena fulfills all technical regulations”, says Jörg Trinemeier from TV Käfertal. “We expect a sold out venue and a big step up in terms of presentation of the sport and the media production for fistball”, explains Jörn Verleger, new President of the International Fistball Federation.

During the 2019 World Championship we offer exclusive ticket pre-sales for the final weekend on 28/29 July 2023 in the SAP Arena. Weekend tickets for upper seats are available here: www.ifa-fistball.com/en/tickets-mwc23/  for a one-off price of 39 euros.