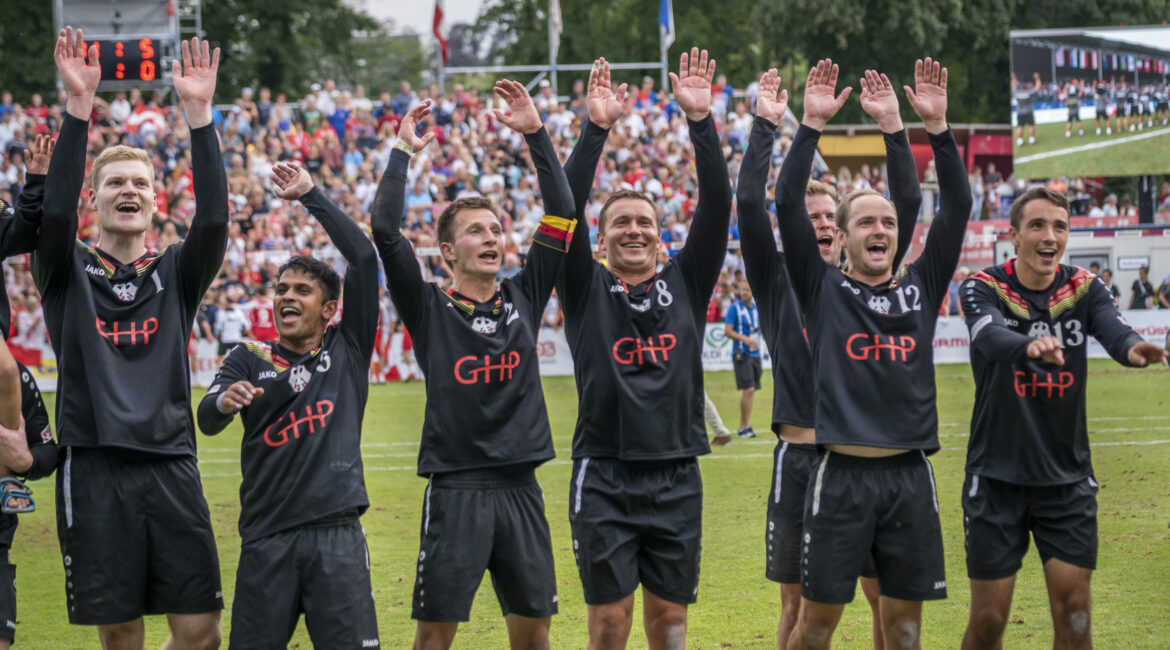 WINTERTHUR. The seventh and final day of the 2019 Fistball Men’s World Championship has ended. Austria would have hoped to stop the winning streak of Germany and take Gold but it wasn’t to be. With 5819 fans in the stadium for the match the atmosphere was electric.

World Champions
The Germans are World Champions for the 12th time at the 15th IFA Men’s World Champions-hip! In front of a crowd of 6.000, Germany and Austri-a came together for the first time since 2011. Today Germany was just too dominant and Austri-a wasn’t allowed into the game. The Ger-mans shut down the Austrian attackers and hammered their defence, sho-wing that they really are the best team in the world.
Bronze medal match
Even the massive home crowd wasn’t enough to lift Switzerland to the win. The hosts looked flat, never really firing in the game. In fairness Brazil was on fire today and obvious-ly charged up. Although the win was in four straight sets, the game wasn’t as decisive as the scoreline suggests. Switzerland were outplayed on the day by another world class team. Joy and sadness stood side by side in stadium Schützenwiese after the match this afternoon.

Closing Ceremony
The closing ceremony was full of emotion. There was an honour guard for the teams coming into the stadium and each team added numbers to it. By the time Germany came in, 17 nations were clapping them and it was a unforgettable moment. The closing ceremony is particualrly memorable for players who get to spend time together at the end of this fantastic event.