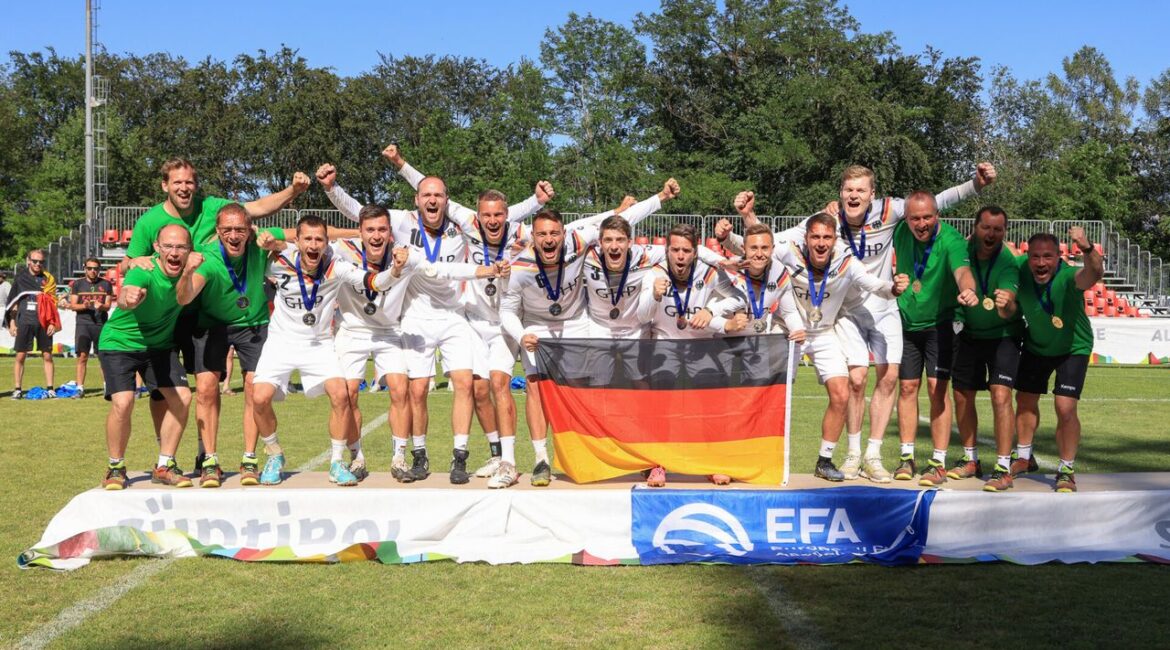 It was the remake of the World Championship gold medal match of 2019, the winner is again Germany at the European Championships. The team around captain Fabian Sagstetter was able to secure the 15th European Championship title four weeks before The World Games in Birmingham (Alabama/USA) after a hard-fought match. Only in the 3rd set the Austrians could challenge the favorite, the other sets were relatively clear in favor of the reigning World Champion.

Bronze went to Switzerland after a likewise very exciting and contested match. The Italians started strongly in the first set and were able to take a 1:0 lead in sets, but Switzerland was able to turn the match around afterwards and secure the bronze medal thanks to a 4:1 victory.

The Czech Republic managed to beat Belgium 3:1 in the 7th place match, while Denmark secured the 5th place thanks to a 3:1 win against Serbia.