Germany and Switzerland in Contest for Title

IFA > News > Uncategorized > Germany and Switzerland in Contest for Title 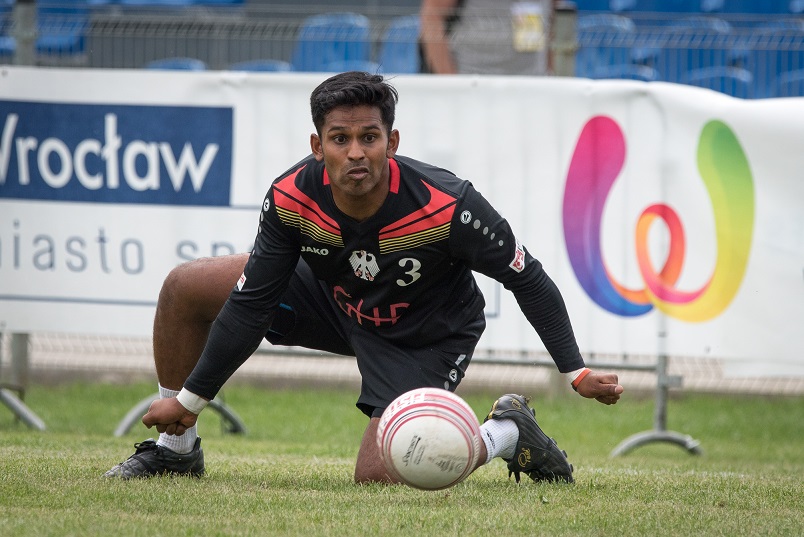 Defending champion Germany and Switzerland will be facing each other in the final of The World Games in Wroclaw. Both teams succeeded today in the semifinals over Brazil and Austria, respectively, and are playing for gold tomorrow, Tuesday afternoon at 3 pm in the Olawka stadium.

Today the spectators also witnessed the last matches of the preliminary round, where Austria emerged as winner of the group and Germany as runner up, respectively.

Germany – Switzerland 3:2 (14:15, 12:10, 08:11, 11:07, 11:06)
German narrowly had the upper hand in a tight match against Switzerland. The Swiss team around a strong Raphael Schlattinger pulled ahead, winning the first set with 15:14. Germany immediately equalized and took the second set. The exciting match went over the full distance with the German team winning the final set and hence the match.

Argentina – Chile 3:1 (11:04, 11:08, 06:11, 11:09)
In the South American derby between neighboring countries Argentina and Chile, the Argentinians got better off the starting blocks and established a 2:0 lead. While Chile bounced back in set three (11:06), Argentina re-seized control in the fourth set, winning the game 3:1. Both teams will face each other again tomorrow, in the match for places five and six, respectively.

Semifinal 1: Germany – Brazil 3:0 (11:06, 11:05, 11:07)
The German team drove home a clear victory over Brazil in the first semifinal match. The Seleção was not able to challenge the defending champion. Germany’s Steve Schmutzler and Lukas Schubert were in great form, while the Brazilian attackers were not able to build up sufficient pressure on the German defense.

Semifinal 2: Austria – Switzerland 3:0 (13:15, 09:11, 11:13)
What a close match for the second spot in tomorrow’s final! Austria and Switzerland were head-to-head in all sets – however, the Swiss team was able to win all three of them by small margin. Switzerland is hence playing for the title against Germany tomorrow, while Austria is facing Brazil in the Bronze medal match.