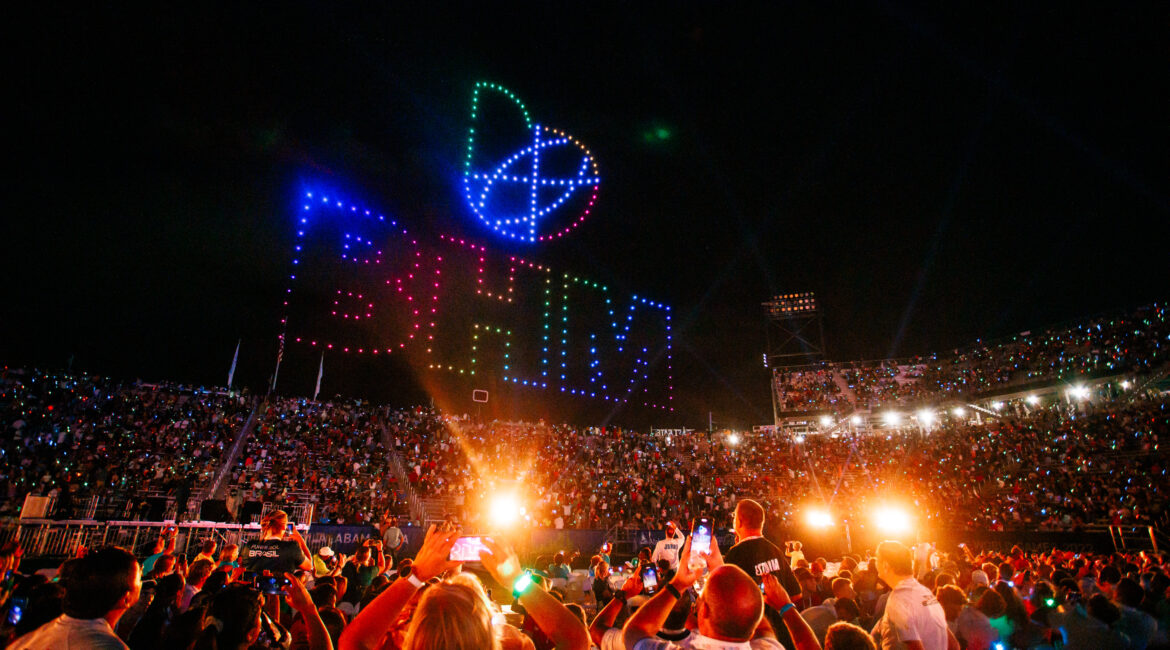 In Birmingham, Alabama (USA) the 40th edition of The World Games was officially declared as open on July 7th in front of 27,000 spectators. Altogether 3,600 athletes from over 100 countries will compete in more than 30 sports disciplines, one of them being fistball. For the first time in history also women’s fistball is part of The World Games so overall over 140 fistball players are competing in Birmingham.

At the big opening ceremony the fistball players marched into the Protective Stadium in Birmingham aside their home country fellow athletes from other disciplines. 27,000 spectators watched the athletes enter the stadium and the show acts entertaining the athletes and the crowd. Birmingham’s Mayor Randall Woodfin declared The World Games 2022 as open in his speech. One of the highlights of the evening was an impressive drone show.