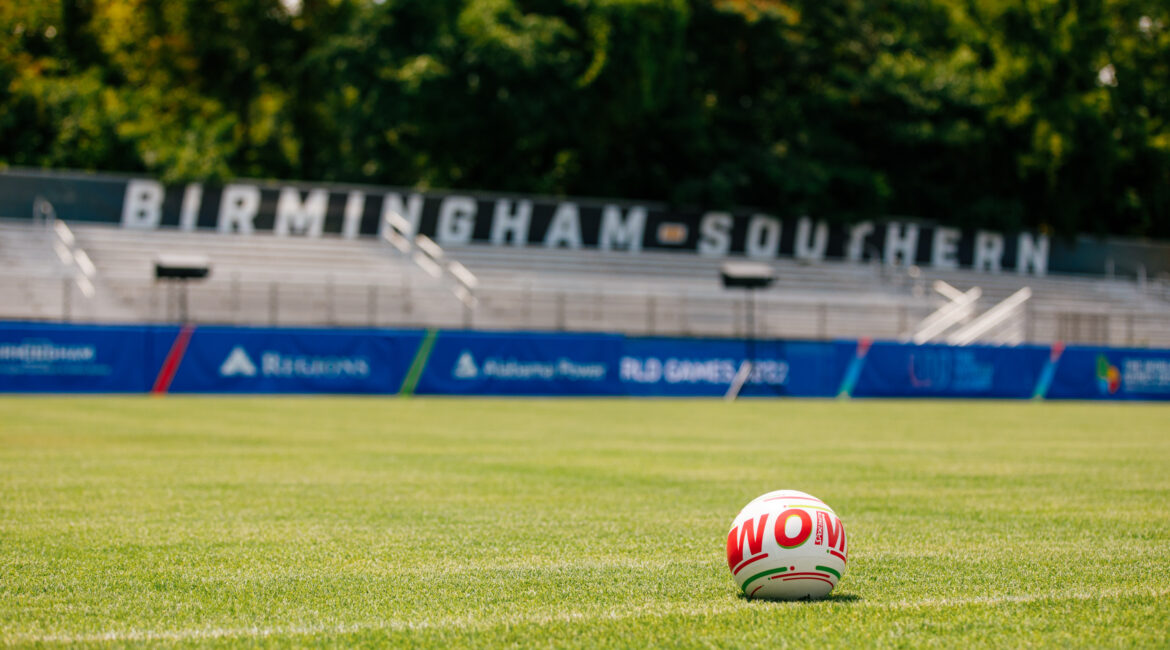 Fistball players from all over the world are gathering in Birmingham, Alabama in the USA to play The World Games 2022. The matches are taking place on the soccer fields at Birmingham Southern College from July 10-14. For the first time in fistball history women and men are participating at The World Games. Even though fistball was introduced to The World Games in 1985 at The World Games in London, female fistball has never been part of the games so far.
6 women’s teams and 8 men’s teams fight for the fiercely contested medals on 2 courts. In the women’s competition Austria, Brazil, Germany, New Zealand, Switzerland and the host nation USA participate. In the men’s competition Argentina, Austria, Brazil, Chile, Germany, Italy, Switzerland and USA play for gold.
The German men’s team is the reigning World Games champion. They defeated Switzerland in a thrilling final in Wroclaw, Poland in 2017. As the current World Champion the German women’s team is the top favourite for the women’s competition.

The preliminary round is played in two groups – A and B – as best of 5 sets for women and men. After the preliminary round on July 12th the women’s semi-finals are held where each group winner plays the second of the other group and the teams that take the third place play for the 5th rank (all matches best of 5 as well). Men’s preliminary round lasts until July 12th, so the semifinals are played one day later as well as the ranking game for the 7th rank.
The final day of the women’s competition is July 13 (Final+P3), for men it’s July 14th (Finals + P5). The medals are awarded right after the finals for both women and men.

Spectators from all over the world can expect tight matches at very hot temperatures in Birmingham (around 35°C/95°F – humidity 51% –> feels like over 40°C/104°F). The matches will be livestreamed on fistball.tv, be aware of the time shift! The tournament kicks off on July 10 at 10am Birmingham time (GMT-5), which means a time shift of f.e. 7 hours to Berlin (CEST/MESZ) where it’s 5pm when the matches start.

The Organisation Committee is looking forward to the upcoming games and hopes for a tournament free of injuries!