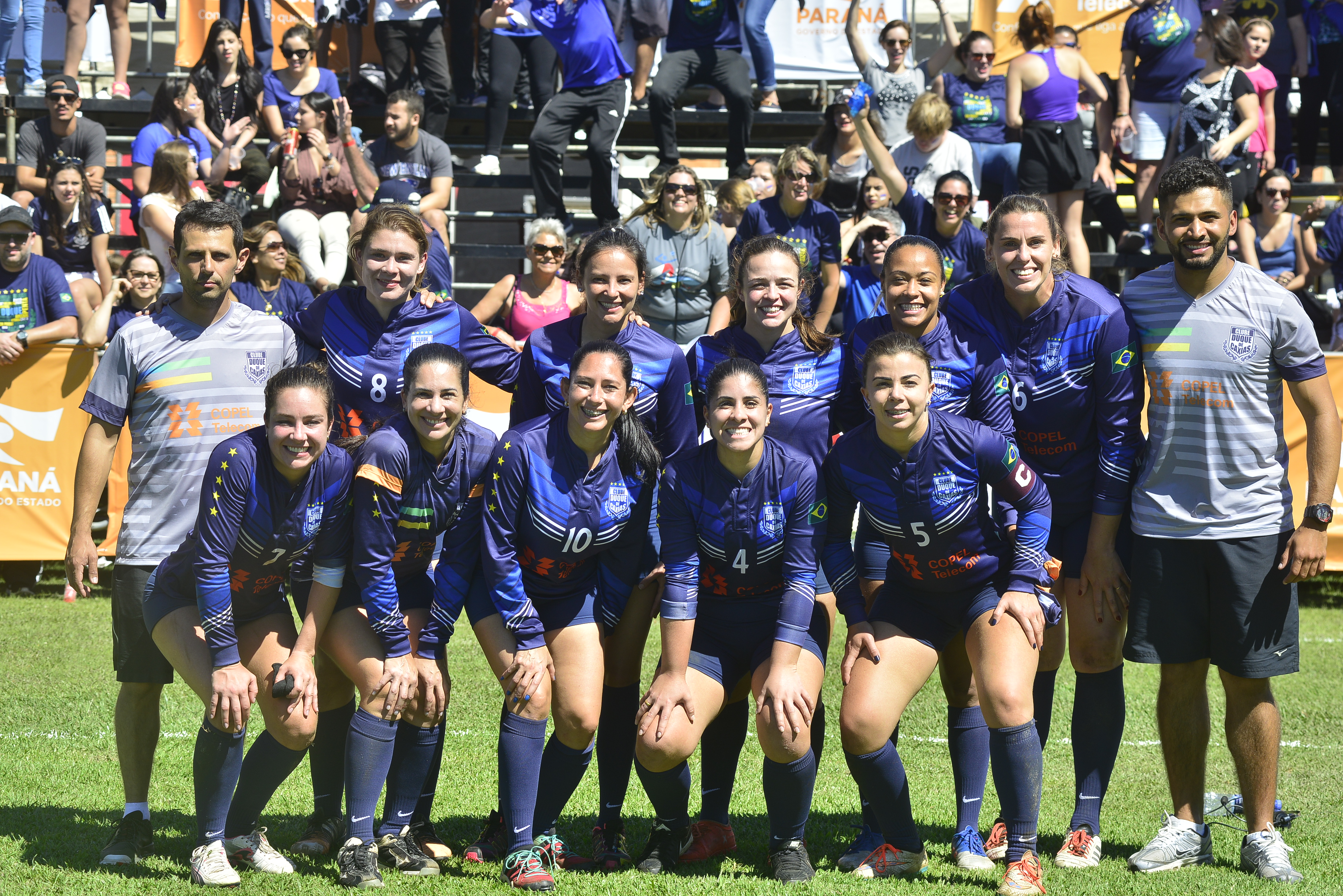 The lawn in the women ‘s first match of the IFA 2017 Fistball Women´s World Cup was very soft after rain of the last few days, but did not pose a particular obstacle for both teams. In the initial phase, Dennach was impressed by the very good number of spectators in Curitiba made numerous mistakes, particularly in the third set. As in the previous year Duque won the first match with 4:1. Tomorrow, however, Dennach pays a chance in the second match.

The first set went clear with 11:4 to Duque. In the second set TSV Dennach had stabilized and found much better in the game. Despite four set points, Dennach could not decide for herself and lost 15:14. In the third set, Dennach was of the role and made numerous mistakes. Also a timeout did not bring the European champion back into play. The third set went to Duque with 11:6.

In the fourth set, Duque tried to bring the match home 4-0. The wind had slowed, Dennach found much better in the game and won the sentence with 7:11.

Also in the fourth set everything was possible for Dennach. However, service errors accumulated and ultimately lead to the 11:9 and the final score of 4:1 for Duque.

For tomorrow, it is called for Dennach to reduce mistakes and to attack to keep the final round the IFA Faustball Women World Cup 2017 still open.

Rejane Sinhori, Duque de Caxias: “We performed very well, even we had some unforced errors in our match. Some easy balls we didn’t get because of the wind. Tatjane and Stephanie did a great job and played very well. Tomorrow the second ball must be better from us. Because of the wind and the previous weather conditions it was not easy to play. It was quite hot today and the last days it was cold. Dennach played well too, Sonja attacked the line permanently and it was a tough match for both teams.”

Jasmin Fischer, TSV Dennach: “We did a good job today, but we made too many simple mistakes, we were too unconstantial in the game and the defense today. Tomorrow we will give everything again and get everything possible.”