Schneverdingen and Vöcklabruck top in Europe 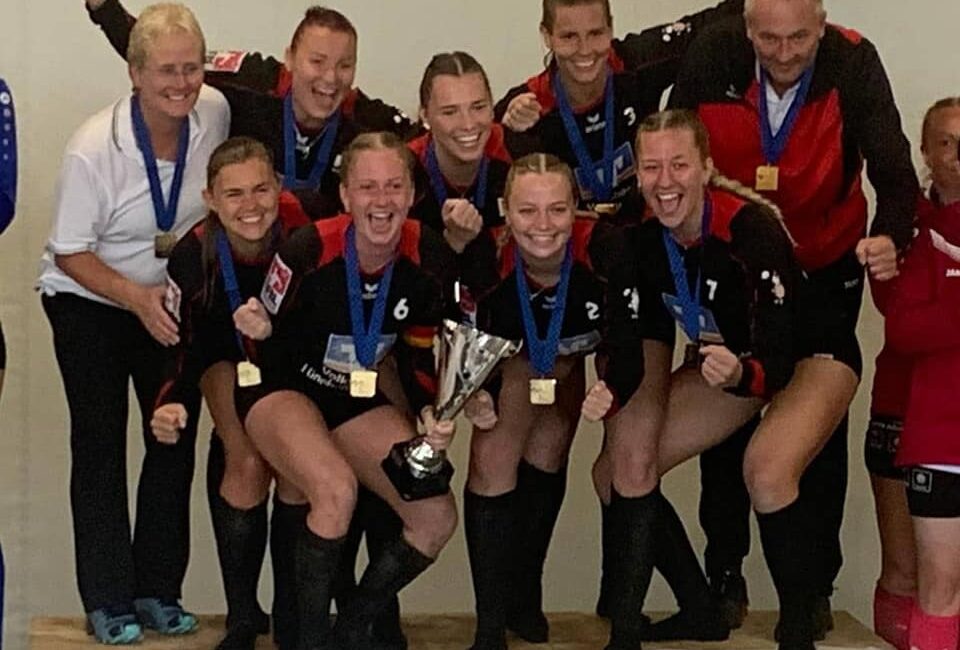 Congrats to TV Jahn Schneverdingen and Union Tigers Vöcklabruck winning the European Champions Cup 2021. It was 19 months ago, the last showdown of European club teams at the Champions Cup.

At the Women’s Champions Cup in Diepoldsau, Switzerland, three German teams – TV Jahn Schneverdingen, Ahlhorner SV and TSV Dennach – made it onto the podium.

In a rain battle, TV Jahn Schneverdingen secured the title against Ahlhorner SV in the final. After the Heidschnucken had taken the lead in the first set, Ahlhorn managed to equalize the score 1:1 – but in the end TV Jahn made the title perfect (11:6, 10:12, 11:9, 11:5). The team of coach Tine Seitz remained without defeat over the entire tournament, had, after winning the preliminary round group, defeated Union Nussbach from Austria in the semifinals in a gripping match (11:8, 11:7, 8:11, 8:11, 12:10) and thus paved the way for the first European field title since 2006. With the success, the Schneverdingen women replace TSV Dennach as title holders, who had previously won five times in a row.

The Austrian only men’s final in Vöcklabruck Union Tigers Vöcklabruck beated Union Compact Freistadt in the gold medal match in the first final in 10 years with no German men´s team. In 2011 the finalists were Union Freistadt and FG Grieskirchen/Pötting. TSV Pfungstadt finished third winning against FAUSTBALL WIDNAU.

All matches re-live on www.fistball.tv.

The hosts from Vöcklabruck played sovereign in front of their home crowd already in the preliminary round and took the group victory. However, the plan to avoid a semifinal duel with the big favorites from Pfungstadt by winning the preliminary round did not work out. The Germans, who last won the Champions Cup five times in a row, only finished their group in second place. But the Vöcklabruckers, who were already able to challenge the defending champions in their last duels, did not let that deter them from their big goal. “If you want to win the Cup, you have to win against the best teams. It doesn’t matter if it’s in the final or already before,” Tigers captain Jakob Huemer gave the direction of travel for the semi-final. With a great team performance and an unconditional will to win, the Austrian champions earned a well-deserved 3:2 victory and dethroned the German dominators around superstar Patrick Thomas.

The free skate was done, but the big title goal was not yet reached. The final was anything but a compulsory exercise, as the Bundesliga rival Freistadt was waiting there somewhat surprisingly. The team from the Mühlviertel region had only slipped into the competition at short notice after the cancellation of Bolzano and played their way into the final almost inconspicuously with a refreshing mix of veterans and young talents in the shadow of the anticipated final between Pfungstadt and Vöcklabruck.

Despite being the favorites, it was not an easy task for Vöcklabruck, as the Freistadt team is considered internationally experienced and also won the last Austrian Champions Cup in 2011. However, the current number one in Austria kept its nerve in the final and ultimately prevailed clearly with 3:0. “We are overjoyed that it finally worked out,” said Vöcklabruck coach Michael Fels. For years, a young squad was consistently built up and brought up to the top. “Now we could also reap the fruits of the hard work internationally,” said a satisfied Tigers boss Stefan Huemer. In Freistadt, one can live well with the final result despite the defeat in the final. “Hardly anyone had us on the bill, now we have won silver in the most important international club competition – that fits so!”, my captain Jean Andrioli.