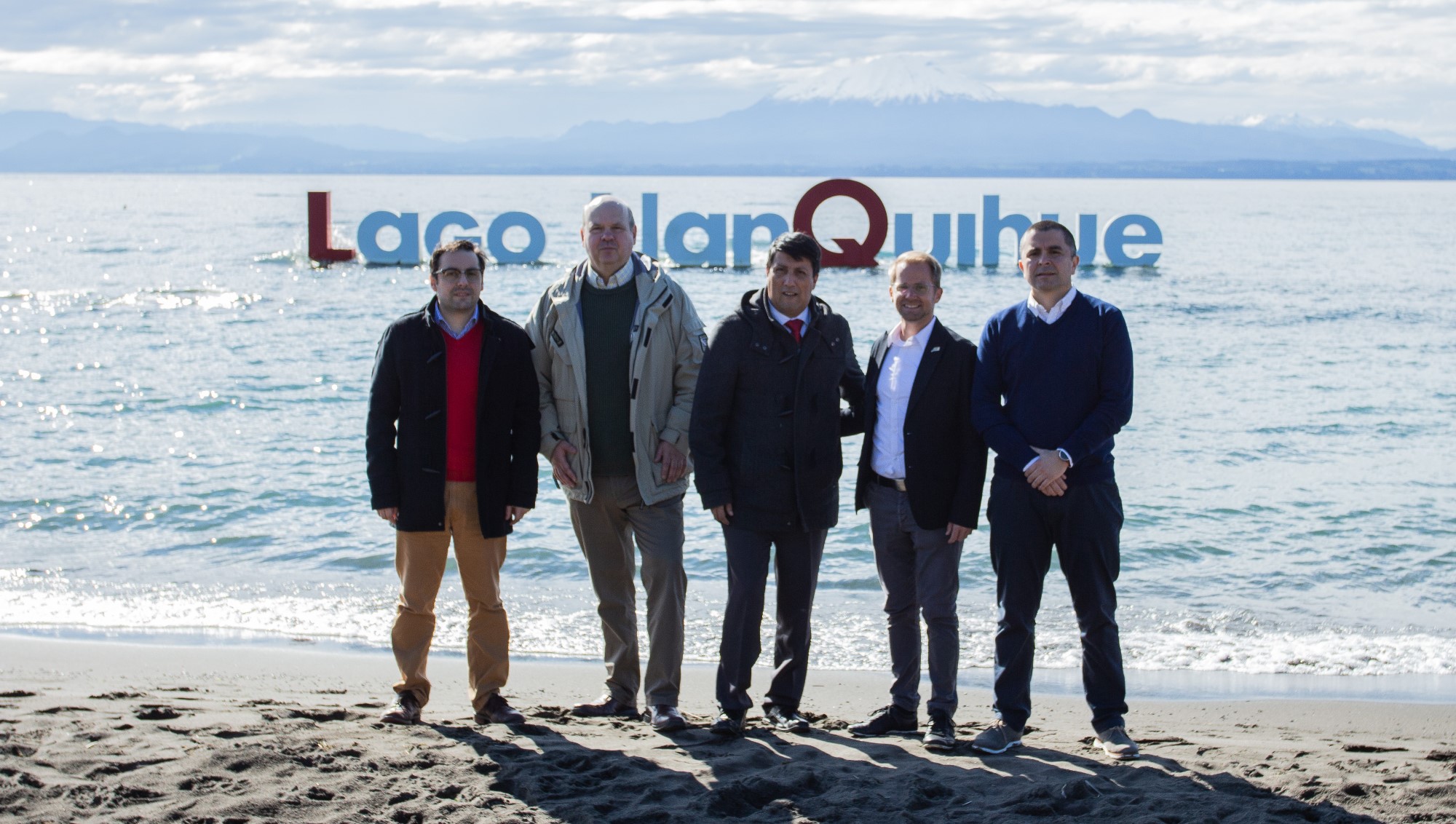 Chile would like to host the next Women’s World Championship in 2 years, Club Gimnastico Aleman de Llanquihue applied to host it. At a first 2-day visit of the venue and the host city, IFA had several meetings with the Organizing team and the major of Llanquihue to discuss the concept and get a better understanding of the plans.

Club Gimnastico Aleman de Llaquihue (CHI) applied to host the IFA 2020 Fistball Women’s World Championship with a very good structured and modern concept. Within its trip to the USA for the 1st competition manager meeting and to Buenos Aires to the Panamerican Championship, IFA Administrative Director Christoph Oberlehner visited the city of Llanquihue (CHI) to inspect the venue and the infrastructure of Llanquihue. Oberlehner was also able to convince himself of some important city’s projects (new town hall, lakeside promenade, revitalization park), which will be ready in time for the World Championship. In a meeting with the mayor of Llanquihue, Victor Angulo, Pablo Flores (Administrator of the City) and Luciano Belmar (Coordinator of the City), Hernán Mödinger from the Organizing Team and Christoph Oberlehner (IFA) talked about the upcoming event and the support of the city for the host club. In a further meeting with the Organizing Team different topics were discussed. On a visit of the venue and its infrastructure as well of some hotels IFA got a very good impression how the presented concept will work and planned the next steps with the Organizing Team. Also the local press is very interested in the Women’s World Championship and did a live broadcast within the meeting with the major. Furthermore a camera team of a TV station was part of the pre-event visit and afterwards Mödinger and Oberlehner were guests in a talk round at the TV studio. “I’m very excited of the venue and the strong support of the city and also within the club to host the next Women’s World Championship. Llanquihue offers a unique place for that championship and presented a modern concept. Club Llanquihue and Fistball Chile would be very well prepared to host the Championship”, said Christoph Oberlehner.

A final decision who will host the next Women’s World Championship is made probably in the beginning of November at the next board meeting of IFA.