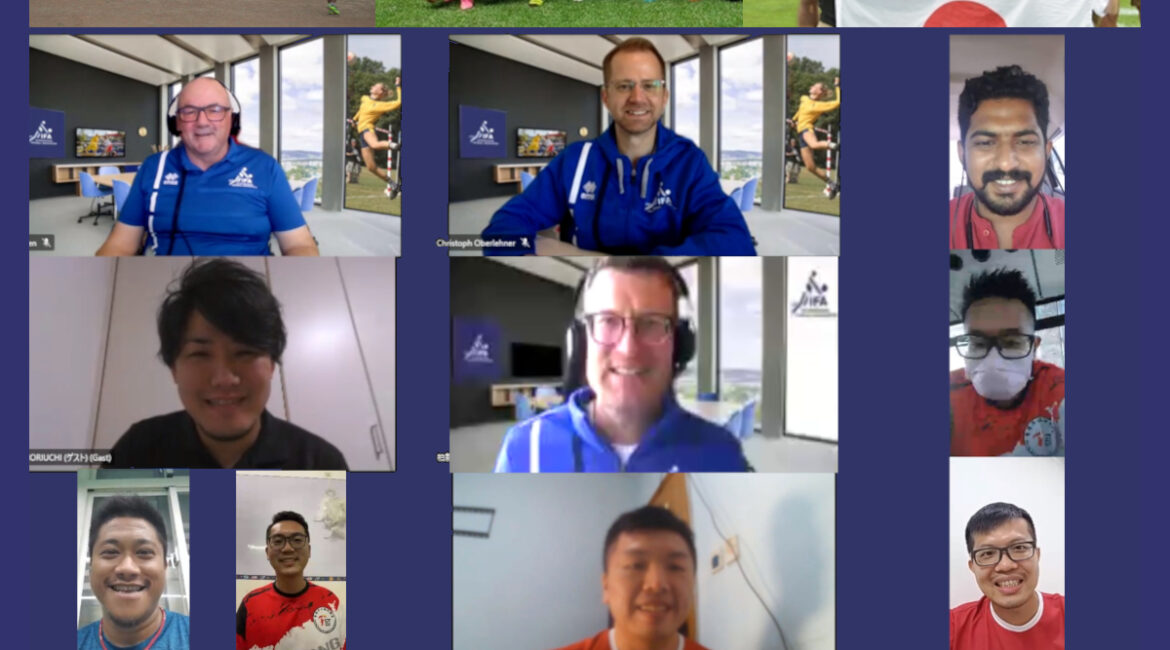 The International Fistball Association (IFA) is pleased to announce the foundation of the Asia Fistball Association (AFA). Currently IFA has 13 member federations in Asia. Elected as President was Cheng Tsz-man (Ewing) from Hongkong, China. The further board members are representing Chinese Taipeh, India and Japan.

AFA was founded as a non-profit making and non-political organization to which membership is open to Asian countries and territories without regards to race, religion, color or creed.

The objectives of AFA are:
1. To promote, develop and raise the standard of Fistball in Asia;
2. To encourage and assist in the formation and development of governing Fistball bodies in the Asian countries and territories;
3. To establish and promote friendly relations among members of the Association;
4. To assist and support the development of programs in all aspects of Fistball in
member countries and territories;
5. To co-ordinate tournaments in Asia and to appoint committees and court officials in official tournaments;
6. To do all such other lawful things as may be incidental or may be deemed to be conducive to the attainment of these objectives, or any of them;
7. To employ the funds of the Association in such a manner as shall be deemed
expedient
8. To safeguard the interest of Members and of AFA as a regional body;
9. To execute all functions, which the IFA may delegate to the regional Association;
10. To work at all times within the Rules and Regulations of the IFA and accept as final the ruling of the Association in any matter.

The Board of Directors serve for a 2-year period.

The meeting was prepaired by IFA Development Dirctor Roger Willen together with Ewing Cheng and Heiz Chan from Hongkong, China.

IFA President Jörn Verleger chaired the meeting and the elections.

Furthermore, he promoted a regional “Fistball Ambassadors” concept to be established to expand existing associations and develop new ones in the region.

The new AFA Board of Directors is composed by a President, several Vice Presidents, a Honorary Treasurer and a Secretary General with a 2-year period of service.

Each (Vice) President can appoint an executive assistant to help themselves.

Each official member and provisional member can appoint a rightful person to attend the committee meetings.

After a brief introduction of each candidate the meeting elected the following representatives unanimously. Board Member from Japan: Waichiro Horiuchi

On behave of IFA President Verleger congratulated each and every one.

“IFA is happy to work together with the new established leadership. IFA has now three well established regional associations. After the founding of the European Fistball Association (EFA) and the Panamerican Fistball Association (PAFA) in 2015 this is a great development for Fistball. I would specially like to thank our friends in Hongkong, China, who have overtaken the lead to establish the association. This is remarkable as the federation in Hongkong, China was only established in 2019 and shows the dynamics of our Fistballer players,” said IFA President Joern Verleger. “Furthermore, I expect that we will have another regional association founded already in this year in Oceania with five member federations already present in that region.”

The AFA Statues can be found here.