Serbia – Getting Ready for the Global Stage

IFA > News > News > Serbia – Getting Ready for the Global Stage 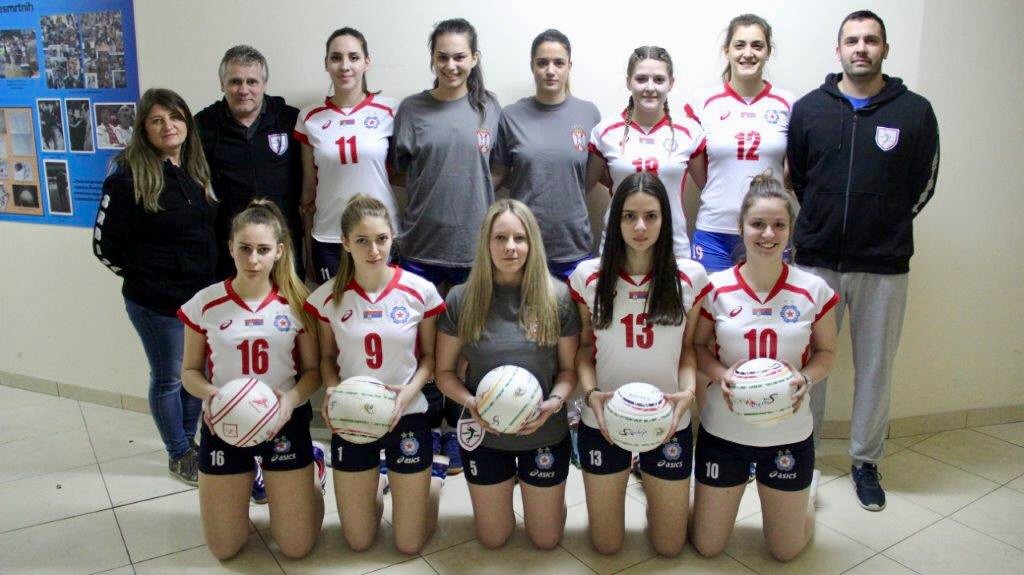 Among the 11 nations playing at this year’s Women’s World Championship in Linz, Austria (July 24 – 28) will be the Serbian team – giving its debut at the international fistball stage. The squad was just formed a few months ago by coaches Ivan Milenkovic and Edi Hagen. “The team is very young and may have a good future. Let’s wait and see how they will cope on their first tournament”, says Torsten Hilscher, the “father” of Serbian fistball who brought the sport to the country more than a decade earlier.
Head coach Ivan Milenkovic is also cautiously optimistic, “We have no expectations regarding results. We want to give our best and I hope the girls will enjoy playing in the biggest fistball competition.”
Serbia will play in the preliminary round in Group B together with Germany, Chile, Argentina, Poland, Italy, and Czech Republic.

How it all began: a glimpse at the history of fistball in Serbia

As already stated, fistball in Serbia was introduced by Torsten Hilscher – a German diplomat and former fistball player (first German league and member of the Under-18 national team), who initiated the sport in the country in 2007. “Between 1992 and 2003 I didn’t play any fistball at all while living abroad in three different countries. I always missed the game and its special familiar atmosphere. So I didn’t want this to happen again and therefore had the idea to introduce fistball in Serbia when I moved there.“

Things developed quickly. The first two teams were founded – FK Beograd and FK Dunav – and soon after the Serbian Fistball Federation. Early support was provided by fistball enthusiasts from Austria, as Torsten Hilscher recalls, “Our friends from Grieskirchen led by Johann “Sihdi” Einsiedler visited Belgrade in early spring on their mission to introduce fistball. The delegation included national players such as Dietmar Weiss, Stefan Einsiedler, Karl Rick and so on. Before that we had prepared intensively for our very first fistball game against the team FG Grieskirchen which was reigning European Cup champion at that time. It was an unforgettable weekend which created eternal friendships.”
Entering the international arena
The newly formed Serbian men’s team – which comprised mainly active and former volleyball players – then cut its teeth in a series of international matches, playing in a tournament in Linz, Austria.
A year later, in 2008, Serbia participated for the first time in a European Championship – in Stammheim, Germany. The newcomers under coach Torsten Hilscher surprised everyone and drove home an impressive fifth place, defeating more experienced sides such as Czech Republic and Spain. “No one knew us, we had trained very hard. And in the deciding game to reach the semi finals against Italy we took the first set. Unfortunately, we didn’t manage to shock Italy and thus didn’t advance to the next round. But it has nevertheless been our biggest success up to now”, remembers coach Hilscher.

The Serbian team was able to confirm this result two years later, and placed again fifth – this time in Ermattingen, Switzerland. At that time the team came in contact with Edi Hagen – a former fistball player from the first Swiss league, and coach who is married to a Serbian. Since then Edi has been active with the Serbian Fistball Federation – currently as assistant coach of both the men’s and women’s national teams. Serbia’s first experience at World Championships came in 2011 in Austria where the team landed the tenth place. The Serbian squad has since been a regular participant at international competitions, last time in 2016 at the European Championships in Grieskirchen, Austria, where the team finished sixth – with a new head coach at the helm: Markus Kraft from Austria.
The Serbian men’s team is as committed to play fistball at the highest level as it was on day one – the next goal is the World Championship next year in Switzerland. However, the players are not the youngest anymore, and in the long run the federation is looking for a new generation of players.
As mentioned, the women’s team does not have this worry – the team that will represent Serbia at the upcoming World Championships in Linz is very young with an average age of 20 years. The Serbian Fistball Federation thus hopes that the momentum can be utilized and fistball further established in the country.