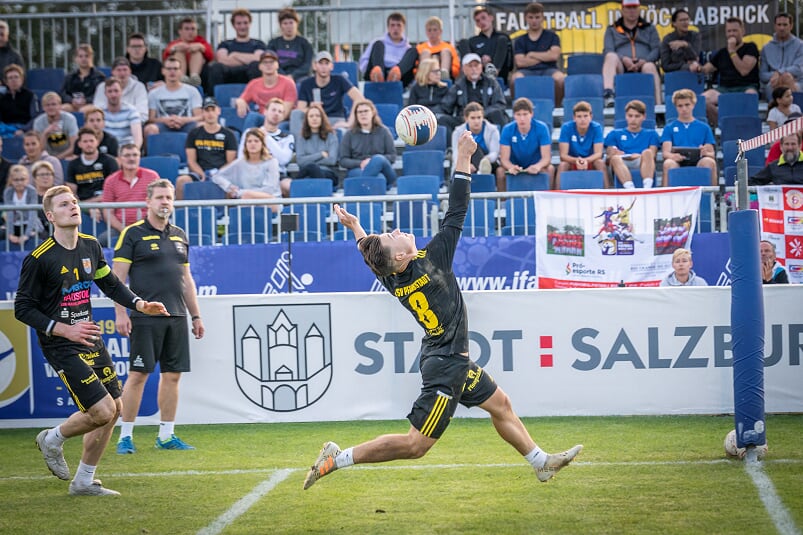 While the first tournaments of the new World Tour season are already played, the best 16 teams of the last year have another highlight coming up: The World Tour Final 2020 from July 17th to 19th in Birmingham, Alabama (USA). Birmingham is a very special venue, as next year the city will also host the World Games, where for the first time in the history of the World Games, fistball will be represented by a men’s and women’s competition, which means a huge progress in the development of fistball. The World Tour Finals will serve as a pre-event before this international sports spectacle, in order to make the sport of fistball more widely known in Birmingham and to bring the sport closer to people in the USA as well.

So who are the “glorious 16” who will be competing for the World Cup at this year’s World Tour Final? A total of 8 men and 8 women teams from 3 continents and 6 countries are represented at the big finals. With the winners of the World Tour Final 2019 Pfungstadt and Dennach, as well as Stammheim, Germany provides three strong teams, who will certainly give everything to be at the top again. Neighbour Austria could double the number of participants this year and is sending state champion Nussbach as well as World Tour newcomer Wolkersdorf/Neusiedl to the women’s competition and vice champion Vöcklabruck and the boys from Froschberg to the men’s event. From Switzerland the men and women of the SVD Diepoldsau-Schmitter will travel to the USA. The representatives from Brazil are the women and men from Duque de Caxias and Novo Hamburgo as well as the girls from Sogipa. With Club Manquehue in the women’s competition, another South American team has qualified and host USA is with Swim&Sports Club from New Jersey also represented in the men’s competition.

We can therefore look forward to an exciting World Tour final with the best club teams in the world and are curious to see who will be wearing the fistball crown in 2020.