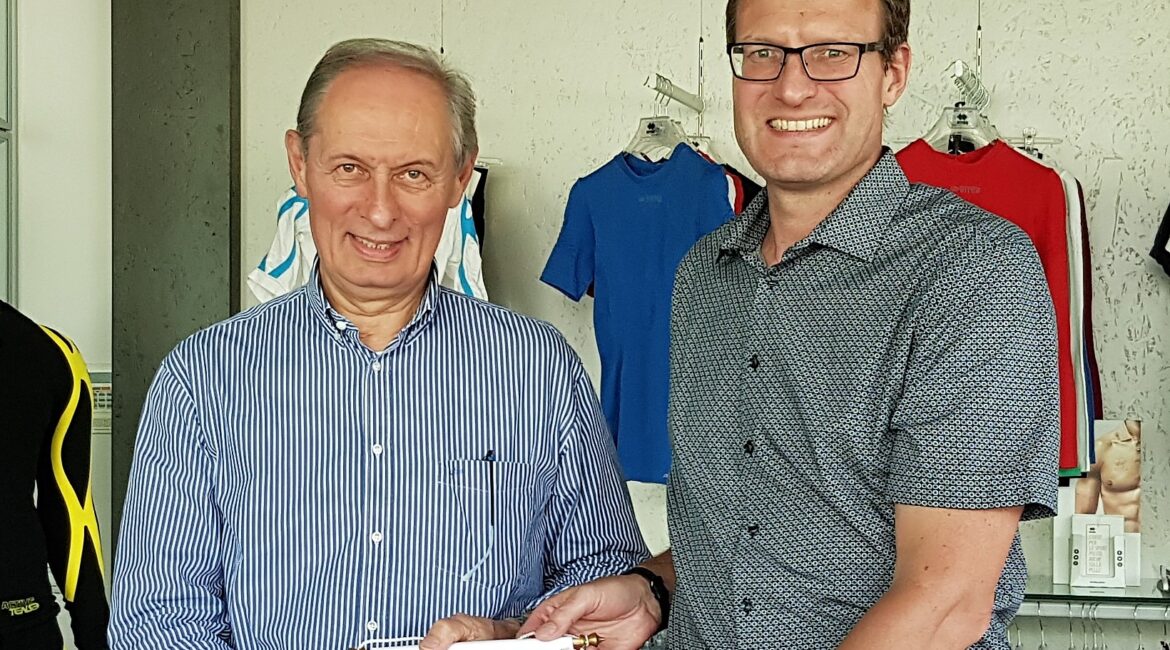 The International Fistball Association (IFA) wins a new teamwear outfitter with the Italian manufacturer Erreà Sport. Both agreed on a duration until the end of 2024. In the future, the IFA Board of Directors, the employees and the referees will wear Erreà clothing. In addition, the Italian company will equip the organizing teams and volunteers at future IFA events at particularly favorable conditions. The cooperation begins with the IFA Men’s World Championship 2019, which will take place from 11 to 17 August in Winterthur, Switzerland.

“The decisive factor for the cooperation was the many matches between the values of Erreà Sport and Fistball. In addition to quality, passion and cooperation, sustainability is a key value for both of us. Erreà produces sportswear in an ecological way that has been awarded the Öko-tex standard 100 certificate,” says IFA Secretary General and designated President Jörn Verleger. During a visit to the company in Parma, he was could see first hand the quality, working methods and delivery capability of the new partner. “Erreà is a partner who can react quickly and flexibly to special requests. Due to the worldwide availability of their articles, the cooperation is also of great interest to many of our member associations.”

“Many thanks to our previous teamwear partner Erima for the longstanding and excellent cooperation. With Erreà, Fistball takes the next step in the worldwide distribution of our sport”, says IFA Administrative Director Christoph Oberlehner. From the Men’s World Championships in Winterthur onwards, the IFA Board of Directors, staff and referees will wear Erreà sportswear. The new cooperation will also enable IFA to further expand its service function for its members and organizers. The teamwear partner will provide equipment for organizing teams and volunteers at particularly favorable conditions and will also be advertising at the IFA events.

“We are very pleased about the conclusion of the contract with IFA. We deliberately decided to cooperate with the IFA and the sport fistball in general. With our locations in 80 countries worldwide, we are very interested in making contact with national associations and clubs from all continents,” says Erreà founder and CEO Angelo Gandolfi.
Euroteamsport Zitzlsperger in Vilshofen (GER) is responsible for handling Erreà’s fistball activities and plans to launch its own fistball online shop (www.fistball-shop.com) for teams and clubs in autumn 2019.