Future Fistball: Navigating the birth of a new fistball nation – Samoa one of the newest IFA Members

IFA > News > News > Future Fistball: Navigating the birth of a new fistball nation – Samoa one of the newest IFA Members 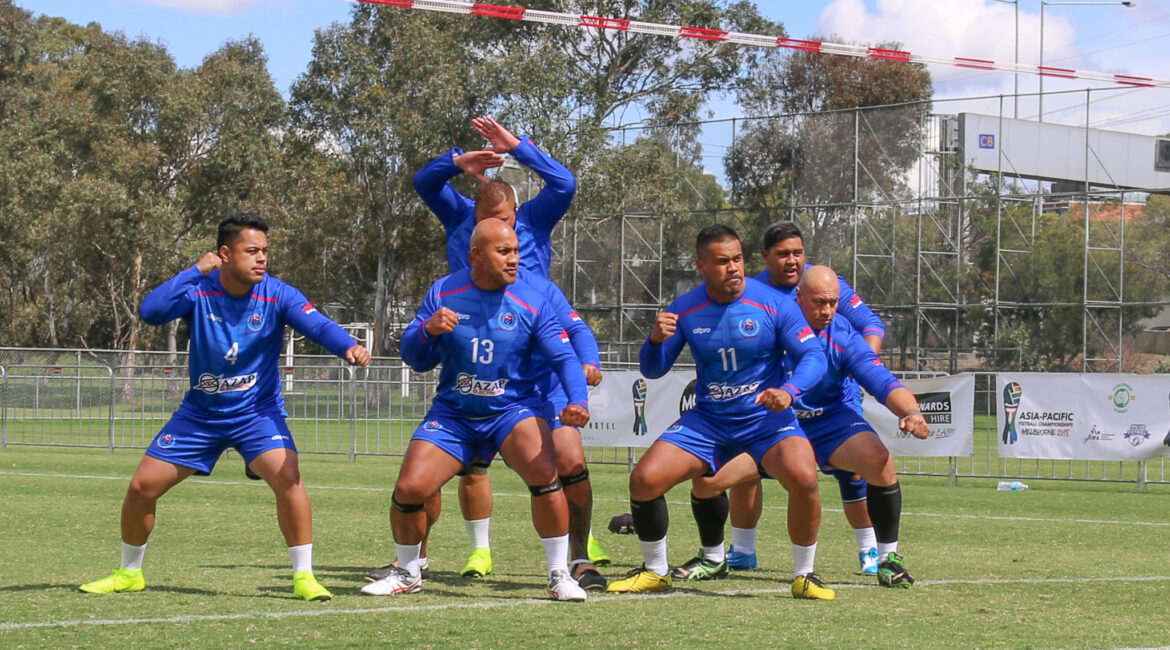 Formed with the help of their friends at the New Zealand Fistball Association (NZFA), the Samoans began their fistball journey by first getting involved in local matches within the Canterbury Fistball League in Christchurch. After quickly getting a taste for the game, the decided they wanted to push forward with the formation of the national association of their homeland, registering the Samoan Fistball Association and installing Jonny Lene as the inaugural SFA President.

With the second Asia-Pacific Fistball Championships fast approaching, the Samoans set about putting together their first men’s national team, filling the squad with highly experienced sportsmen across various sporting backgrounds, including volleyball and rugby. The latter sporting influence was clearly noticeable, as the final selected squad formed a physically intimidating outfit; their impressive bicep circumferences atypical for what you would generally see on a fistball field! Despite putting forward an incredibly competitive effort and adding many moments to the APFC highlight-reel, the Samoans had to settle for a winless result at their first international tournament. After taking sets off New Zealand and India and engaging in a deceptively tough battle against Australia, their final defeat at the hands of the Indian team put an end to their bid for third position at the tournament. Not to be discouraged however, the Samoan team were both happy and encouraged by their first performances on the international stage and were delighted to be a part of such an integral fistball tournament for the region, while forming tight bonds with players and supporters from the various international teams. Thankfully, they will not have to wait for long to once again test their fists against international opponents, with the New Zealand Fistball Association recently announcing to host the 2019 Oceania Fistball Championships in Christchurch as part of the lead up to the 2019 Men’s World Fistball Championships in Winterthur, Switzerland. Taking place over the May 25-26 weekend, the Samoans will once again be putting forward a men’s team, while the debut of a Samoan women’s team also looking likely. As for the mantra of the Samoan Fistball Association, President Jonny Lene outlines it clearly – “the Samoan Fistball team embodies the traditional Samoan values of family and honour, both on the field and in everyday life. These values are evidenced in our identity as a brotherhood and pride in our culture; and our endeavour to play with honour for each other, our families, and homeland of Samoa.”
Expect to hear more from Samoa in the years to come, as they’re definitely here to stay.