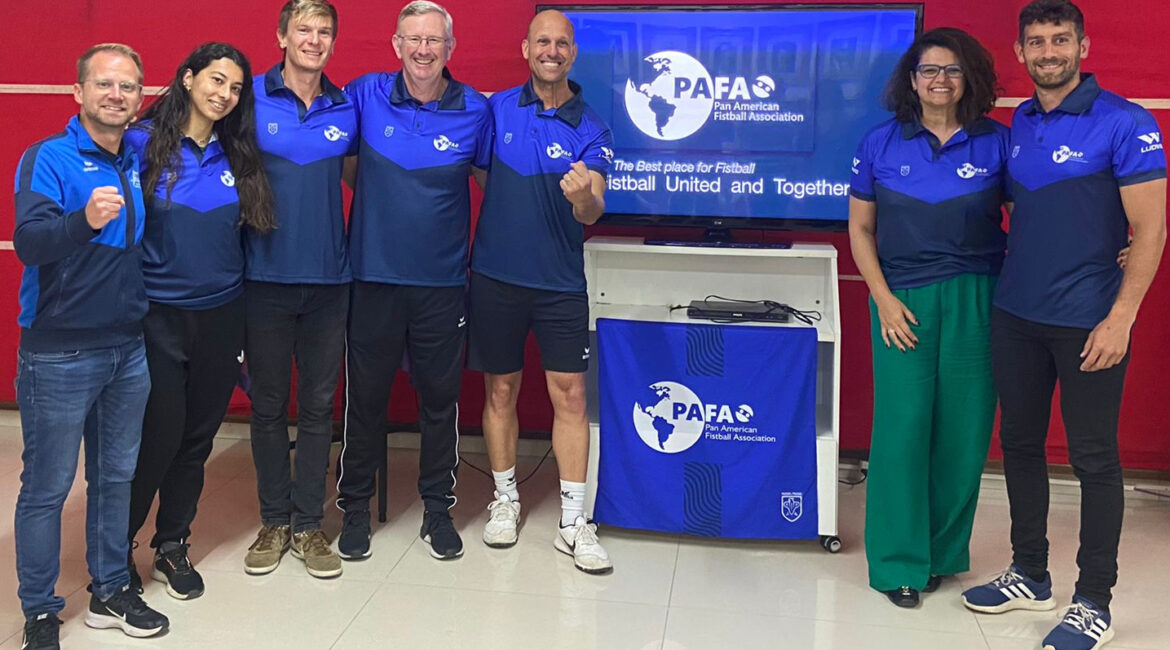 Within the framework of the III PAN-AMERICAN FISTBALL CHAMPIONSHIPS in Novo Hamburgo the member federations elected a new PAFA board. IFA was represented at the congress by Vice President Dr. Giana Hexsel and Secretary General Christoph Oberlehner.

Gastao Englert was elected as new president of PAFA, the previous President Cris Süffert will serve as Vice President in the future. In addition to Englert and Süffert, the team is completed by José Luiz Eltz as referee director, Rejane Sinhori as sports director, Fernanda Hechenleitner for finances, Mora Veliz in administration, Cristobal Mödinger as media director and Federico Fritz for the development of Fistball in the PAFA area.
At the same time, it was decided that the structures of PAFA will change significantly. In order to strengthen the Board of Directors, various commissions will be established in which the operational work will be carried out on a topic-related basis. In the process, the athletes will also be given a strong voice through a newly created Athletes’ Commission led by brazil athlete Jayme Andrioli. The representatives will be directly elected by the athletes.