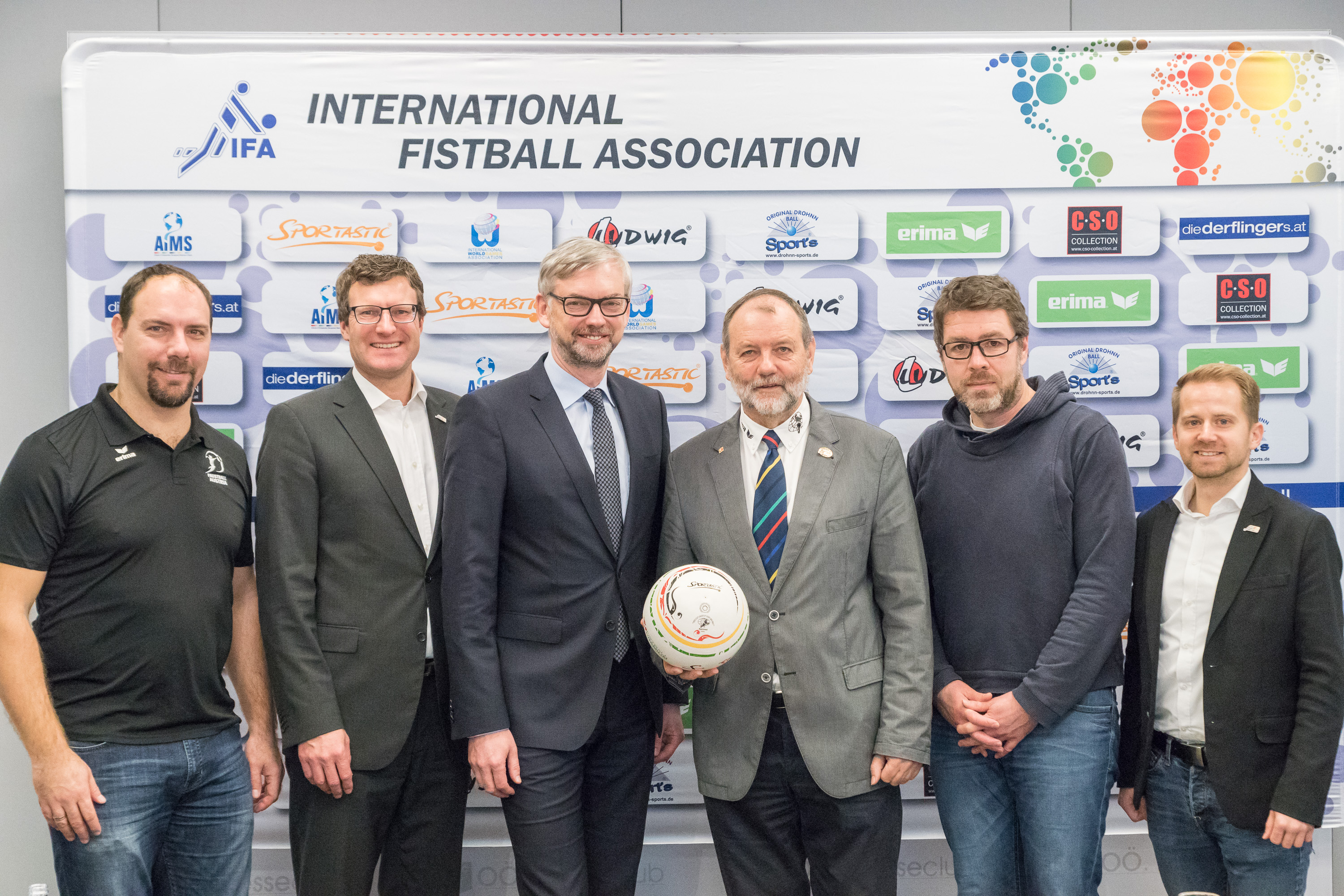 As of January 1, 2017, the International Fistball Association (IFA) has as first global sports association its headquarters in Upper Austria, in the City of Linz. Numerous activities have been initiated last year with the goal to achieve IOC recognition. In February 2017, the first Oceania Championships took place between Australia and New Zealand, and in 2017 we will also see the start of the new IFA Fistball World Tour – a tournament series with incentives for club teams. Furthermore, with the appointment of Christoph Oberlehner as Administrative Director, IFA now has for the first time a full-time employee.

In 2015, the International Fistball Association (IFA) has started a process of rapid development and dissemination of fistball. As of today, the associaton includes more than 55 member countries. A significant element of this strategy is the IOC recognition process – in 2016, IFA submitted a proposal, and the feedback from the IOC was extremely positive. “Achieving IOC recognition will be an important milestone for fistball towards becoming an Olympic sport. In the next two to three years, the recognition could become a reality”, said IFA President Karl Weiß. “However, we still have a lot of work ahead, and the entire fistball family will need to continue making a joint effort.”

“Besides Germany, Brazil, Switzerland and Argentina, Austria is one of the best fistball nations worldwide, and Upper Austria is leading the way within the country due to its intensive engagement for youth, and professional structures. Due to their extraordinary commitment, the decision makers from the Upper Austrian fistball association and clubs have fostered the development of numerous top players who have formed the backbone of the Austrian national team over the years. Upper Austria is proud of Karl Weiß and his achievements as IFA President since 2011, and his accomplishment to bring the IFA headquarters to Upper Austria”, said Dr. Michael Strugl, minister for economy and sports in Upper Austria.

Development of National Teams and Clubs
Numerous member countries are excited about the ambitious goals and visions of IFA. “Recently, a new association was founded in Iran where, following several fistball workshops, fistball is now being played in 23 of the country’s 31 provinces. And, earlier this month, the first Oceania Championships took place between Australia and New Zealand”, stated IFA Secretary General Jörn Verleger with regards to the global development of fistball. In addition to the continous development of national teams, new activities are also being started for club teams – for example, the IFA Fistball World Tour which will be initiated in 2017. “The World Tour is a global series of fistball tournaments in various categories, through which club teams can secure wild cards for the World Tour Finals – the former World Cup. At the World Tour Finals, these wild card starters will be playing against the winners of the continental championships”, said Winfried Kronsteiner, chair of the IFA sports commission and initiator of the World Tour.

First Full-Time Employee for IFA
The new year also brought another milestone for the International Fistball Association. Due to the financial support of the Federal Ministry of Defense and Sport of Austria, and thanks to Sports Minister Hans-Peter Doskozil the IFA has for the first time a full-time employee – Christoph Oberlehner, a fistball player who is active for UFG Grieskirchen/Pötting, has joined the IFA team as Administrative Director. “I am very glad to be part of a dynamic and ambitious team. In particular, I am excited about the development opportunities of our sport, and I would like to contribute to accomplishing our goals and vision”, said Mr. Oberlehner. “The creation of a full-time position was a key goal, and I am very glad to welcome Christoph Oberlehner to our team”, stated IFA President Karl Weiß.

Mr. Oberlehner brings many years of professional experience in the sports business to the table. He served as marketing and sponsoring director of Austrian soccer Bundesliga team SV Ried, as well as for a soccer consulting firm in Munich. Furthermore, he has gained experience in several projects with FIFA, the German Bobsleigh and Tobogganing Federation, as well as member of the organizing team of the Fistball Euro 2016 in Grieskirchen.