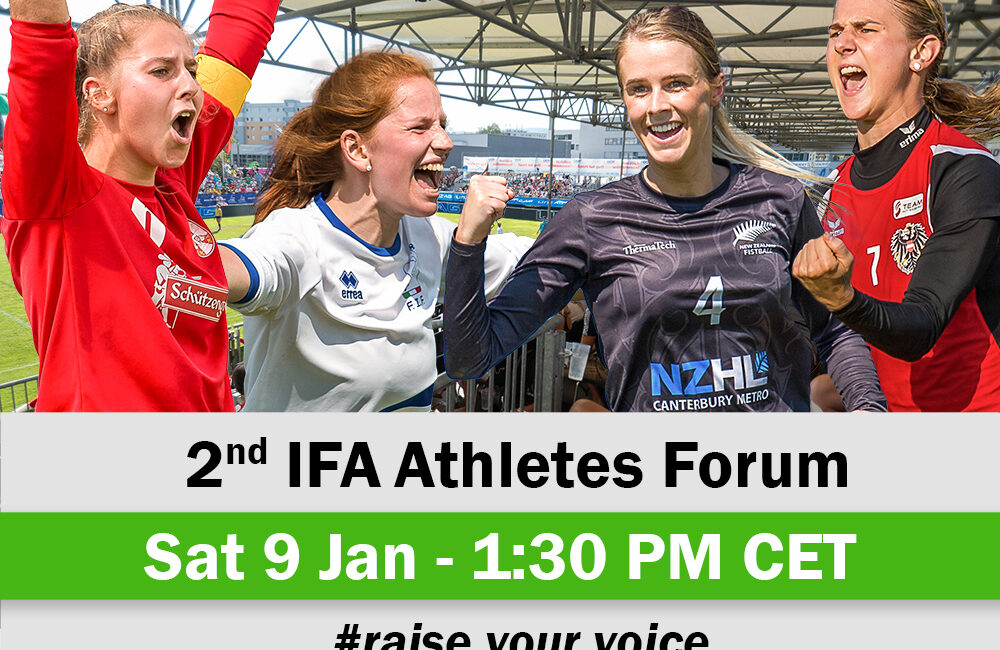 The IFA Athletes´ Commission under the leadership of chairwomen Katharina Lackinger today prepared the 2nd IFA Athletes´ Forum on next Saturday 9th January, 2021 at 13:30 (European Time). Main topic will be “Women in Fistball”. The forum will be covered on www.fistball.tv as well as the IFA social media channels. At the beginning of the Forum IFA will announce the winners of the IFA 2020 Awards in different categories. “The work of our athletes´ commission is very valuable for IFA”, said IFA President Jörn Verleger, who announced also an interactive tools for all Fistball players worldwide to give their input for this virtual congress. Via www.slido.com under #IFA as well as on several IFA social media channels and an “audience advocate” the audience can comment on the topics. Listeners who would like to give their statements live e.g. as video message will be connected to the broadcasting team via MS Teams.

At the beginning of the Forum IFA will announce the winners of the IFA 2020 Awards in the categories:
– IFA WOMEN IN SPORTS AWARD
– IFA ACTIVITY AWARD
– IFA SPORT FOR GOOD AWARD
– IFA MEDIA AWARD
– IFA LIFETIME ACHIEVEMENT AWARD