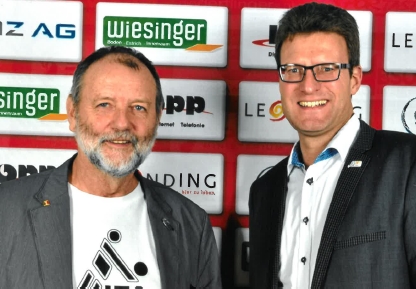 The IFA 2017 Fistball Men´s and Women´s World Cup dated 27 to 29 October 2017 was awarded to the club Clube Duque de Caxias in Brazil by the IFA Board of Directors. The meeting took place on the occasion of the very well organized Final 3 event in Leonding, the national indoor championship of Austria.

Furthermore, IFA confirmed the planning for the inaugural IFA 2017 Fistball World Tour, as well as four remissions and amendments to the “Fistball – Rules of the Game”. On the agenda of the Board meeting was also the confirmation of the official ball, and of the participants for the upcoming World Games in Wroclaw where the fistball competition will take place from 22 to 25 July. Teams qualified for the World Games have to provide the team rosters until end of March.

It was the first meeting where the newly elected Chair of the IFA Athletes´ Commission – national player Ines Mayer from Austria – took part, and had to decide on four modifications of the IFA Fistball Rules of the Game. All proposals brought forward by the IFA Sports Commission, which had been tested during several of last year´s events, were adopted by the Board. Starting with 1 April, substitu-tions between the 10 eligible players can be carried out without constraints.

Other regulation modifications concern the changing of sides at the end of a set, and the time-outs which will – unless stated otherwise – be held in the run-out area at the referee’s side of court. An important amendment concerns the service of the player, which will now be determined to have be-gun as soon as the ball has left the hand of the thrower and ended after the player hits the ball. Fur-thermore, a clarification was added that if a player loses ground contact during his serve and touches the ground simultaneously with both feet (one foot in front of the service line, the other behind) after the service – this is not regarded as a fault.

Concerning the IFA 2017 Fistball World Tour, the Board was deeply impressed by the feedback on the survey IFA did to restructure the IFA Fistball World Cup. So far, IFA got applications from 15 tourna-ment organizers to be part of the inaugural IFA 2017 Fistball World Tour. Within the next weeks, the regulations will be finalized as already 39 clubs from five continents have shown interest to partici-pate in this new event. The Board extended the registration deadline for clubs until the beginning of the first tournament, which will take place on 30 March in Brazil.

Furthermore the International Fistball Association (IFA) confirmed the following teams to participate in The World Games in Wroclaw, Poland:

The fistball competition is scheduled as follows:

Teams qualified for the World Games have to provide the team rosters of all potential players until end of March. To receive accreditation and hospitality from the organizing committee the final selec-tion of the athletes has to been made until end of May upon the basis of the provided long list from March.

Furthermore, the IFA Board approved Sönke Spille as Press Officer for the German speaking coun-tries and Peter Schierl for English.