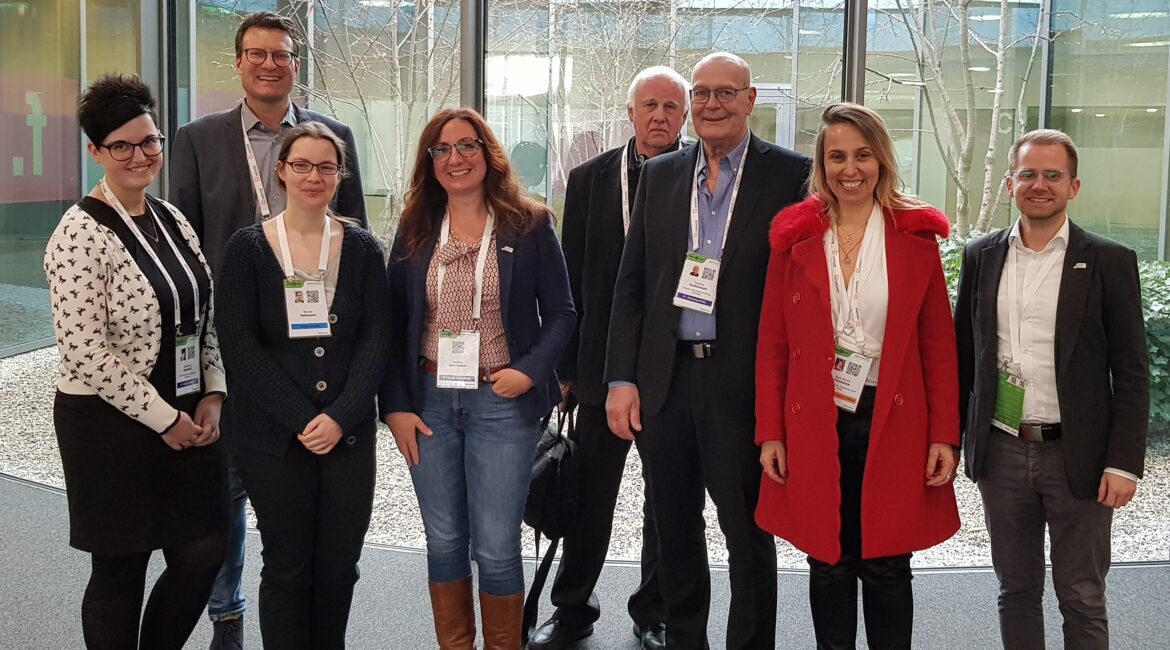 The last two days IFA participated with three delegates at the 2019 Annual World Anti-Doping Agency Symposium in the Olympic Capital City of Lausanne discussing new International Standards. Cooperation with other IFs is important in the fight for clean sports – for clean Fistball. We are looking forward to the Joint International Federations Intelligence and Investigation Unit in which IFA is designated to overtake the chair.

The WADA Symposium, which is the leading fixture on the anti-doping calendar, gathered close to 900 delegates from the global anti-doping community for two days of presentations, interviews, panel discussions, practical workshops and networking sessions. Athlete representatives, International Sports Federations, government representatives, National and Regional Anti-Doping Organizations, Major Event Organizers, WADA-accredited laboratories and Athlete Passport Management Units, as well as international media and other stakeholders, gathered on 13 and 14 March under the theme “Towards 2021 – Navigating the Future Together”.

2021 will be the year when the latest revised and updated Code comes into effect and the world’s anti-doping stakeholders are currently finalizing the document in time for its ratification at the fifth World Conference on Doping in Sport, which will take place in November in Katowice, Poland. In addition, the Code’s various International Standards, including those related to results management, education, compliance, testing and investigations, therapeutic use exemptions, laboratories and privacy protection were discussed at length during the Symposium.

Athletes were well represented during the conference. In particular, around 75 athlete leaders gathered from around the world for a one-and-a-half-day session for them and their representatives. The session, which was hosted by WADA’s Athlete Committee, for the first time as part of the Agency’s Annual Symposium, reinforced the importance of athletes’ involvement in clean sport. Specifically, the session addressed topics such as increased athlete representation within WADA’s governance structure, the impact the proposed changes in the 2021 draft Code may have on athletes, and the upcoming launch of ADAMS Next Gen – the latest revamped and improved version of the system.

A Symposium highlight came as WADA’s Athlete Committee members Beckie Scott (Chair) and Ben Sandford gave an update in plenary session on the progress of the development of the Anti-Doping Charter of Athlete Rights, a topic that was also discussed at length during the athlete session.

The keynote address by WADA President Sir Craig Reedie on day one, entitled ‘Unity Will Be Our Strength’, set the tone for the Symposium as he reflected on the Russian doping scandal and on the progress made since the Executive Committee (ExCo) decision in September 2018 to reinstate the Russian Anti-Doping Agency (RUSADA) as compliant with the Code.

Sir Craig noted that the all-important data recovered from the Moscow Laboratory in January this year, once authenticated, would be used to bring more cheats to justice for the good of clean sport while exonerating others. He also pointed out that the Russian scandal had prompted the establishment of new priorities and led to significant changes that had already equipped the Agency to better navigate situations of non-compliance with the Code, including the coming into force on 1 April 2018 of the International Standard for Code Compliance by Signatories (ISCCS), which has considerably strengthened WADA’s legal framework around cases of non-compliance.

Sir Craig said: “In light of events that have occurred since the ExCo decision on RUSADA was made last September, it has been proven to be the right course of action. It is inarguable that accessing the laboratory data was a major step forward in this saga. Now we need to make sure this 24 terabytes of data is both complete and authentic.

“In case anyone had any doubts about the usefulness of the data from the Moscow Laboratory, some recent decisions from the Court of Arbitration for Sport put that into sharp focus and reinforced the importance of ensuring that due process is followed and that evidence is carefully presented.

“We are resolutely moving forward in our determination to protect clean sport. To continue to make impactful progress on all fronts, we need to work in partnership with everyone involved in anti-doping, whether that is athletes, National and Regional Anti-Doping Organizations, sports federations, governments, scientists, medical experts, educators and others. Division helps nobody except those trying to cheat. Unity will be our strength.”

Sir Craig went on to highlight enhanced intelligence and investigations activity as well as the ongoing success of WADA’s Speak Up! whistleblower program. He then flagged that WADA’s increased activities in these areas are being helped by the May 2018 decision of the Foundation Board to approve 8% budget increases for 2019-22.

WADA Director General, Olivier Niggli, took delegates through WADA’s strategic priorities, which in addition to those outlined by Sir Craig, included in particular: harmonizing Code rules via the 2021 Code Review and simultaneous review of the International Standards; the implementation of wide-ranging governance reforms, increasing scientific and social science research; enhancing education, most notably through the development of an International Standard for Education; capacity building of Anti-Doping Organizations; and the ongoing overhaul of WADA’s Anti-Doping Administration and Management System (ADAMS).

Niggli said: “The 2019 WADA Symposium has been a great opportunity for everyone in the anti-doping world to come together in a spirit of cooperation, to be brought up to date on the latest events and to influence the direction in which we are going.

“As the global regulator, this year’s Symposium has been very important for WADA as we put the finishing touches to the revised 2021 Code and associated International Standards that will be ratified at the World Conference on Doping in Sport later this year.”

Another highlight of the Symposium came on day one with a panel discussion entitled ‘Looking Back and Moving Forward Together’, which focused on improving the anti-doping system in light of the Russian crisis. Moderated by the CEO of British Rowing, Andy Parkinson, it featured representatives from the Caribbean Regional Anti-Doping Agency, the Government of Seychelles, UK Anti-Doping, the International Testing Agency, the United States Anti-Doping Agency and the Intelligence and Investigations Department of WADA.

With a backdrop of how the Russia situation affected the work of various anti-doping stakeholders, the lessons learned and the progress made since it came to light, the panel members discussed such issues as governance and funding of anti-doping bodies as well as the importance – and some of the goals and challenges – of scientific research, education, capacity building, compliance monitoring and investigations for the future integrity of sport.