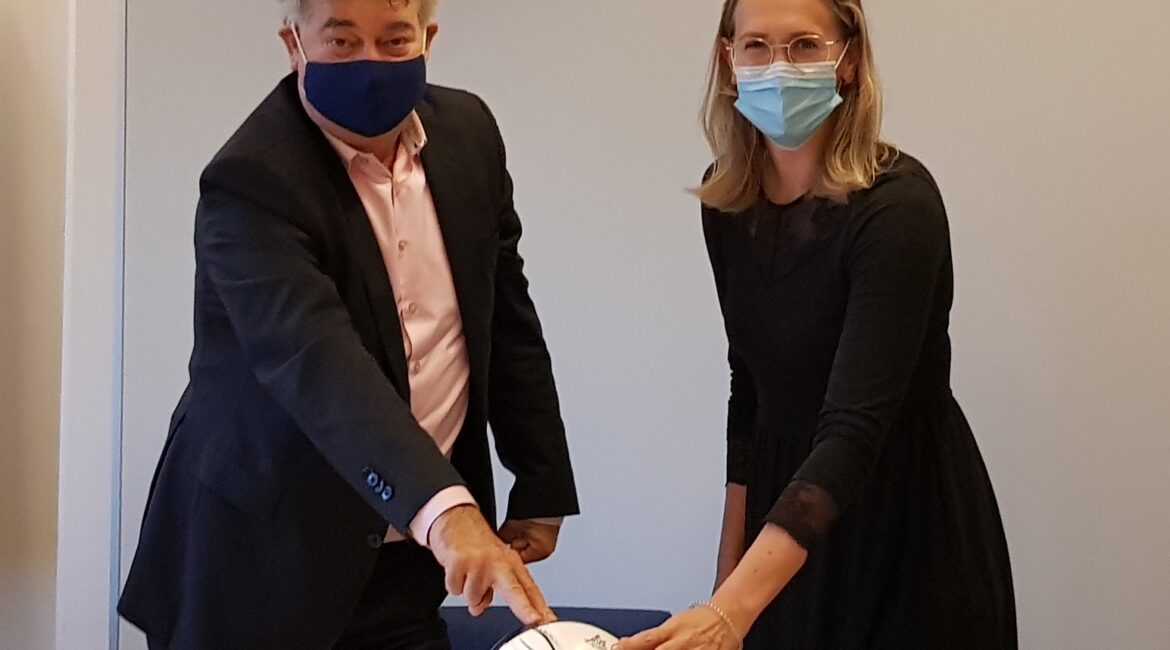 Together with the leadership of Faustball Austria, the IFA leadership met Austria’s Vice Chancellor and Minister of Sport Werner Kogler in an “inaugural visit” today. Usually the meeting was planned for March but has been postponed due to the COVID-19 pandemic. In an introduction, Vice Chancellor Kogler was given an overview of the current worldwide and Austria-wide development of fistball, as well as school sports activities in Austria and the current status of fistball in the IOC recognition process. Subsequently, the support of the Ministry of Sports for the IFA office in the coming year was discussed as well as the future financing of the ÖFBB performance center in Linz, which is an indispensable building block for Austria’s international success.

Kathi Lackinger, chairperson of the IFA Athletes Commission, presented an original jersey of the Austrian national fistball team. Kogler, who himself played fistball in Gleisdorf until 1976, was also invited by IFA Secretary General Christoph Oberlehner to the U18 World Championships in Grieskirchen (Austria) next year.