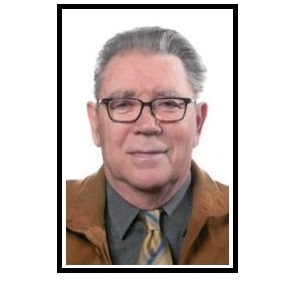 It is with greatest sadness that the International Fistball Association (IFA) has learnt that Dr. Hans Christian Kollmann, IFA Honorary Member in Austria, passed away at the age of 79. Our sympathy goes to his family.

From 1986-1995 Hans Kollmann was president of IFA and celebrated its 30th anniversary during the 1990 World Championship in Austria. The worldwide spread of fistball was Hans Kollmann’s constant concern, which is why he worked permanently on the further development of fistball in Austria, Europe and worldwide. As a great networker he brought people and federations together, as the record number of eleven nations participating in the Men’s World Championships in 1990 showed.

Due to his personality, Hans Kollmann opened many doors in the fields of (sports) politics and in many sports organisations. Under his leadership, for example, the partnership with the International World Games Association was expanded and consolidated. It still forms the basis for the integration of fistball in The World Games.

At the World Championships in Windhoek, Namibia in 1995, Hans handed over the presidency to Ernesto Dohnalek from Argentina.

In addition to the technical topics, the social aspect of fistball was also very important to him and he was always a sought-after partner. This was one of the reasons why he was very well known and appreciated in the fistball family.

“Hans Kollmann was a real unique specimen, who has always expressed his opinion directly, even at the risk of being opposed here and there. He always pursued the interests of our sport, which is why he was very much appreciated by the fistball family,” said IFA Honorary President Karl Weiß.

Dear Hans, you leave a big gap in the fistball family. We will always honour your memory.

The IFA expresses its deepest sympathies to Hans Kollmann’s family and friends.