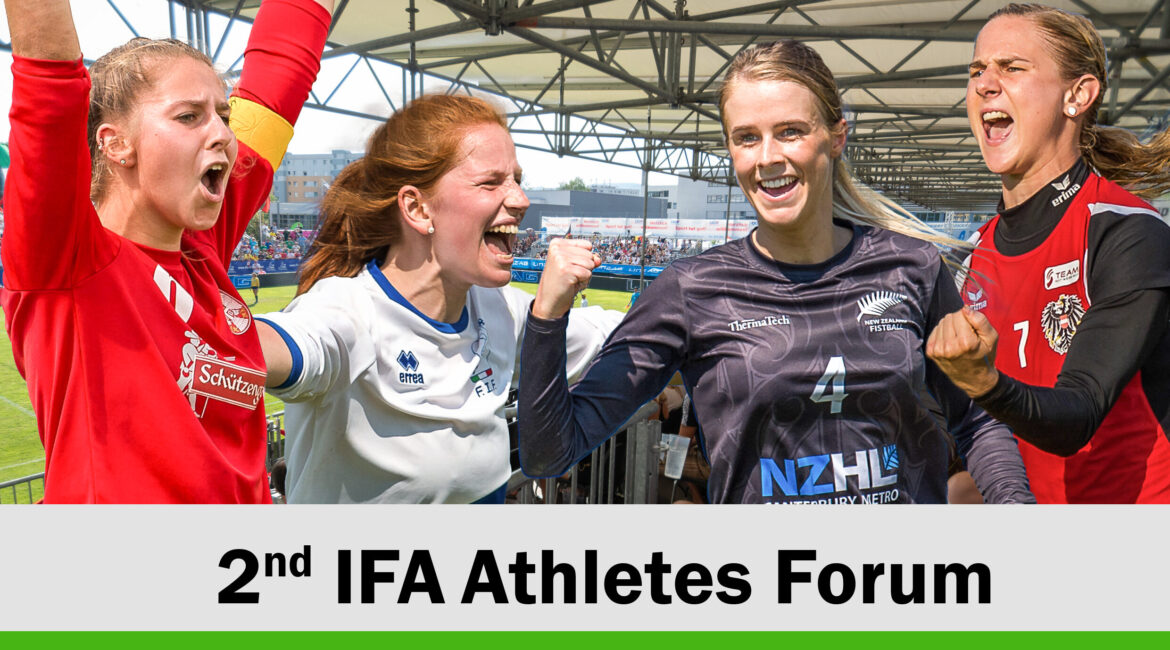 On Saturday 10 April at 2:00 (CET) the postponed 2nd IFA Athletes Forum on the main topic “Women in Fistball” will take place in virtual form. The forum will be live streamed on Fistball.tv. The forum will be very interactive, and viewers will have the opportunity to ask their questions.

The IFA Athletes´ Commission under the leadership of chairwomen Katharina Lackinger prepared the 2nd IFA Athletes´ Forum. Main topic will be “Women in Fistball”. The forum will be covered on www.fistball.tv as well as the IFA social media channels.

The main question of this year´s forum is how we can make Fistball more attractive especially for girls/women. Several members of the IFA Athletes´ Commission agreed to make a point of statement on the questions raised during the forum.

IFA Secretary General Christoph Oberlehner will present a short comparison between women’s and men’s world championships as a fact check. In addition, athletes Celina Traxler, Tanja Bognar, Eric Kindler, Karin Kempinger, Hinrike Seitz or Nick Trinemeier, among others, will give a speech.

Via www.slido.com as well as on several IFA social media channels and an “advocate of the audience” the viewers can comment on the topics.