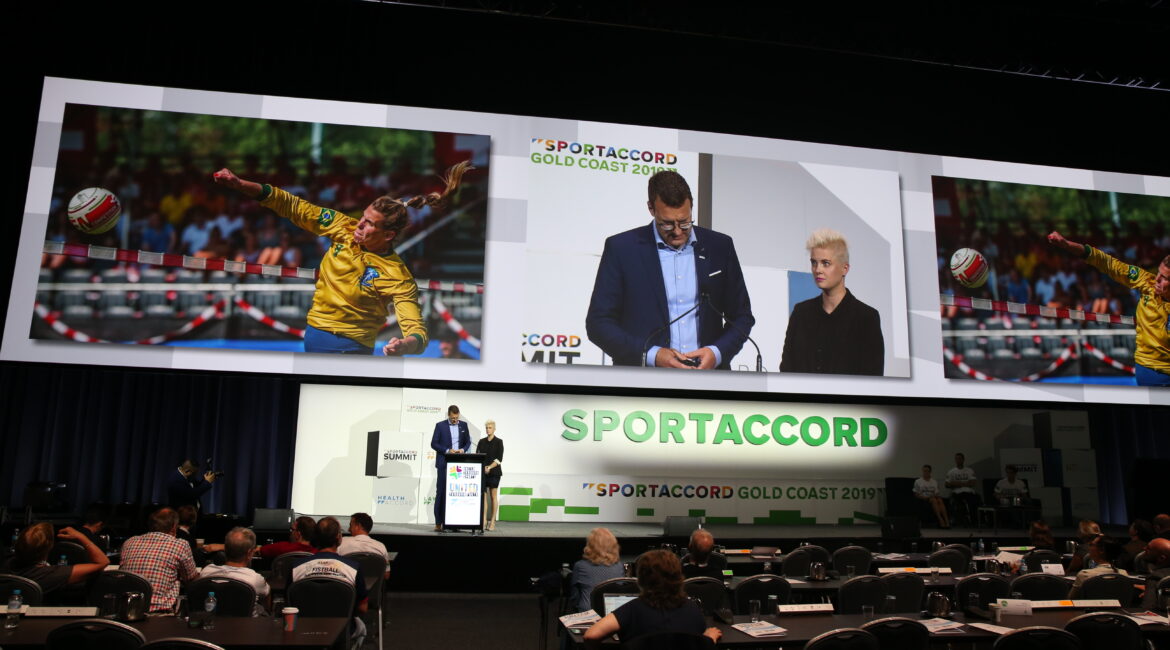 “All fistball players and especially the minors have the right to safe sport, which is respectful, fair, equitable, and free from all forms of harassment, discrimination and abuse” said IFA President Jörn Verleger on today´s Safer Sport Day, introduced by the International Safeguards for Children in Sport Initiative and backed by the IOC to raise awareness and encourage sports organisations to take action.

At a conference organized by United Through Sports last year, Verleger and Vice President Vikki Buston had the chance to present the keys of the IFA Anti-Harassment Policy:
• Every individual is treated with respect and dignity, free of harassment on any basis without exception
• Security through confidentiality for all parties
• The establishment of Anti-Harassment Officers
• Support for individuals in direction towards mediation, arbitration, or written formal complaint