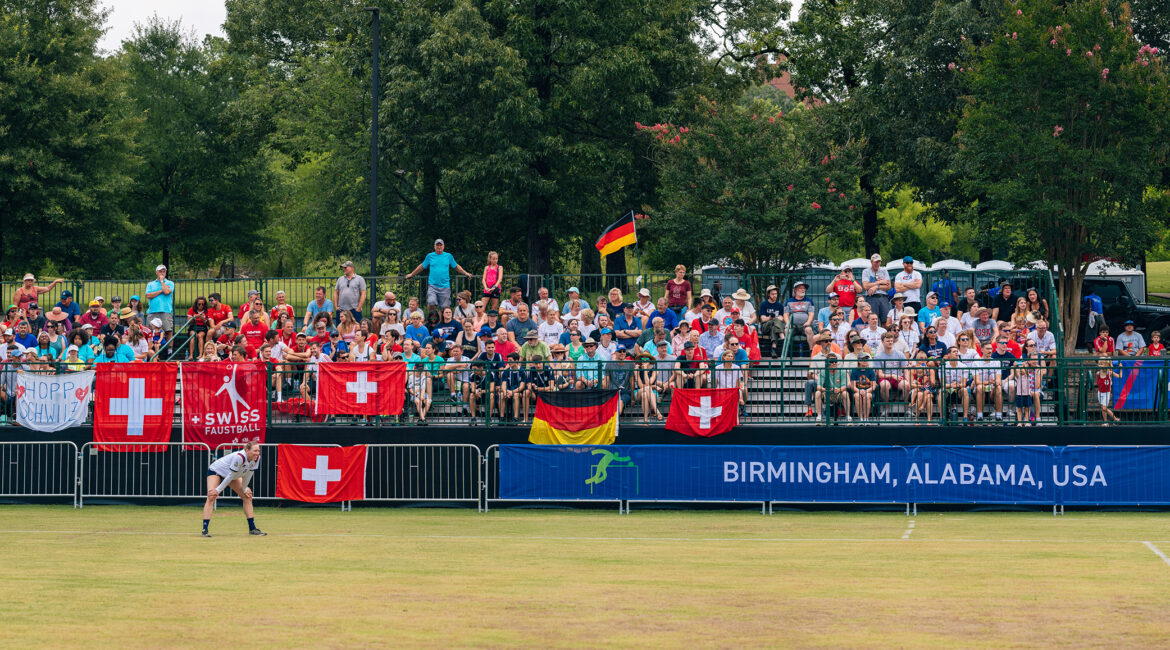 Brazil wins in a thrilling match
Surprising match from USA as they win a set against favorite Brazil. Even though the home team had a strong second set victory, they weren’t able to carry the momentum for the rest of the match.

Switzerland outlasts Argentina
After a slow start for the Swiss men the team was able to pull off a 3:0 victory in their first match. Argentina capitalized on early Swiss mistakes but was unable to shut the door in the first set.

Team Brazil enters The World Games with a victory
A sovereign start into The World Games for the Brazilian equipe. The south americans tested various different line ups. New Zealand also showed a great team spirit in their second match of the day. With a small number of unforced errors the kiwis improved over the durance of the match.

Austria defeats the home team USA
The US team showed some strong moments against Austria but throughout the game Austria obtained control. After about 30 minutes the Europeans left the steaming hot court victoriously.

With the temperature getting hotter by the minute the Austrians start into the tournament with a solid performance. Italy couldn’t quite get on Austria’s level over the whole durance of the set.

After Chile had a good start Germany increased their pace. So the reigning World Games champions start the tournament with a victory.
During the game the sky is clearing up and it gets hotter and hotter in Birmingham.

Germany beats New Zealand in the preliminary round
The reigning World Champions from Germany start strong in the tournament against the underdogs from New Zealand. The kiwis played a great match and showed off their skills to the international fistball fans as well.

Switzerland sweeps USA 3:0 in the first match of the Games in Birmingham
A historic moment. For the first time in history a women’s match is played at The World Games.
The home team from the US is playing Switzerland. The stands are already really packed for this very first match of the day. A crowd of more than 400 fans cheers for their teams. In the end Switzerland defeats the US by 3:0.