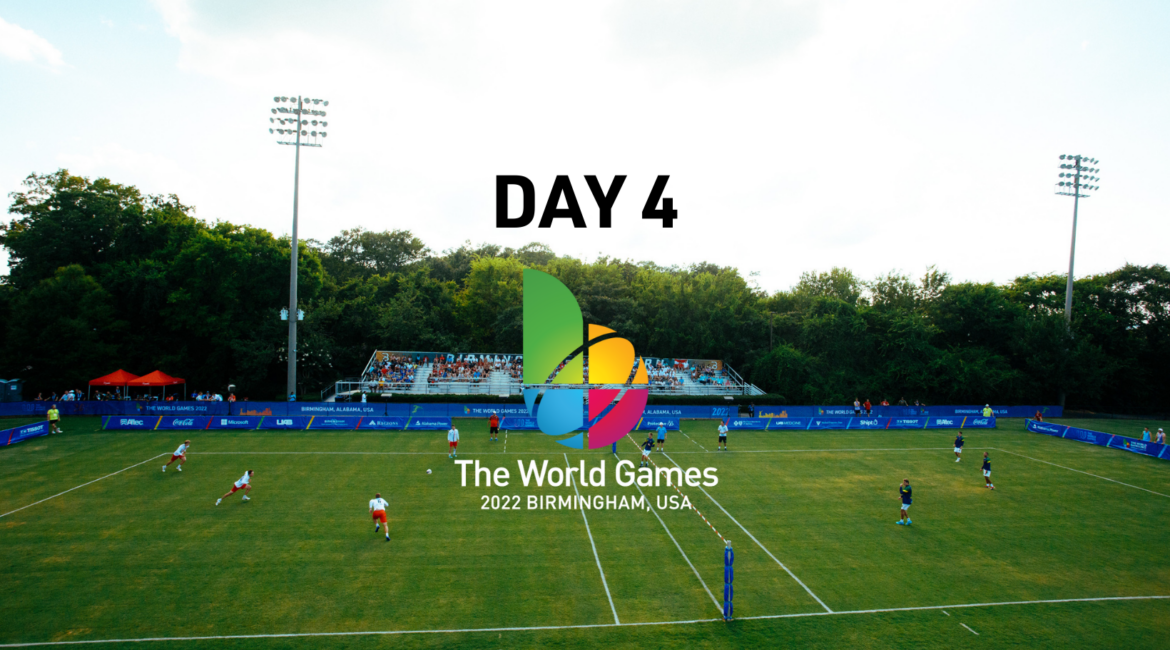 Brazil wins the Bronze Medal!
Austria started into the game with a bang winning the first set 11:4. The following sets Brazil stepped up their game on all positions winning the game with a clear 3:1. So the first ever awarded medal for women’s fistball at The World Games goes to Brazil. Congratulations to Punhobol Brasil!

Tournament favourite Germany proceeds to the final!
In the semi final between Austria and Germany the Germans put a lot of pressure on their opponents. Austria kept up well over the first two sets. But then the German express started off again and they turned the game in their favour.

What a thrilling match – Switzerland beats Brazil in the semi final!

Switzerland is the first team qualified for the gold medal match at the World Games 2022 in Birmingham. Throughout the whole match, the Swiss team played their A-Game on all positions. Brazil kept up for most of the game, but lost their pace in the 5th set. Switzerland never faltered and came out victoriously. In a tight match against host country USA the South Americans emerge victorious. The US team gave their all but ultimately team Argentina had the stronger defense resulting in a win for their team.