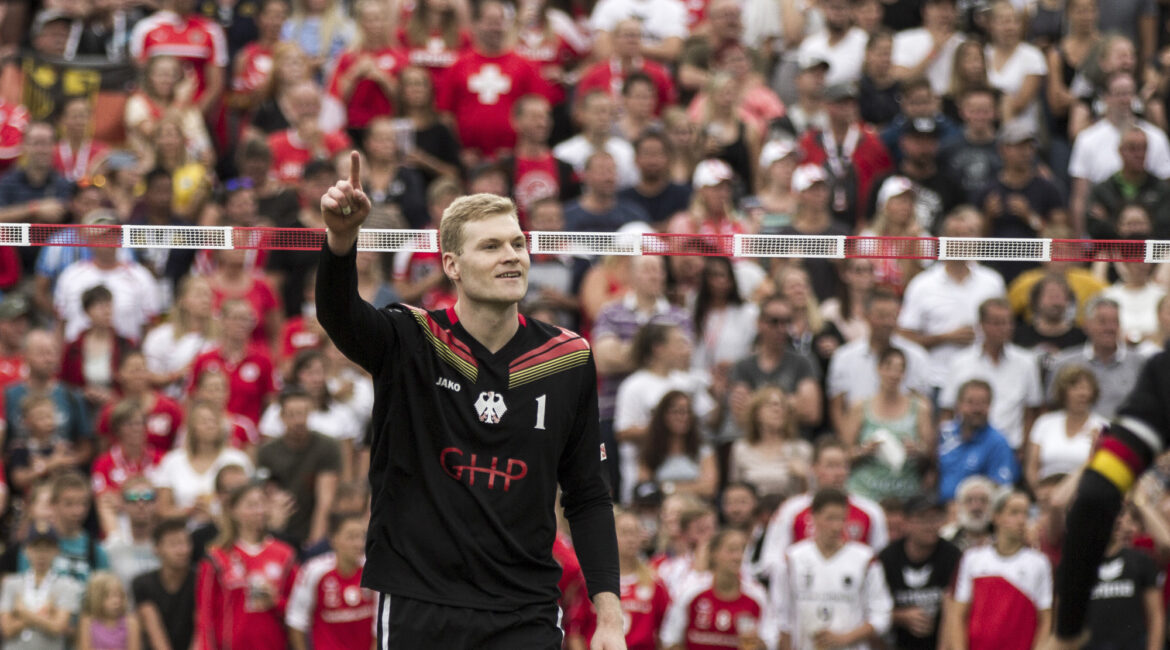 WINTERTHUR. The 15th Fistball Men’s World Championship held in Stadium Schützenwiese Winterthur from August 11-17th was the biggest of all time. With 18 men’s national teams participating it is the largest from a team perspective as well.  Four nations had their first ever World Championship appearance. It was also huge in terms of spectators – 30,000 streamed into the stadium over the week. Stadium View during the Gold Medal Match Austria vs Germany (17 August 2019) at the IFA 2019 Fistball Men’s World Championship in Winterthur, Photo by Valentin Weber / IFAA true fistball festival happened this week in Winterthur. For this World Championship a temporary fistball stadium was set up at the soccer stadium of FC Winterthur. More than 4000 working shifts of voluntary helpers allowed fans from all over the world to enjoy a great event.

Germany won the title in an impressive manner

The old and new world champion is Germany. The biggest fistball nation became World Champion for the 12th time and won third consecutive championships in a row at the 15th IFA Fistball Men’s World Championship. The match was dominated by the German side and Austria wasn’t allowed into the game. Fabian Sagstetter Captain of the German team was understandably pleased with his performance: „We worked very hard for this title all year long. Now we are very happy that we achieved this goal. The atmosphere in the stadium was crazy.”

Austria’s amazing win in the Semi-Final

Of note in this Championship was Austria’s exquisite play at their game against Brazil in particular. The match was a real thriller and Austria won the game in the deciding fifth set. In front of a crowd of 5300 fans the team of coach Martin Weiß had a great match and won against the top team from Brazil. The host team from Switzerland could not meet expectations and finished fourth. Serbia’s win over Poland gives them the title of President’s Cup winners. They are now also the 13th ranked team in the world. The President’s Cup consisted of the six lowest teams of the competition and  gives the smaller and newer federations a chance to have their own competition within the framework of a World Championship and still be a part of the final rankings. The best ranked newcomer nation was New Zealand who became a darling of the audience performing their traditional haka. They exceeded all expectations and ended up being 11th.