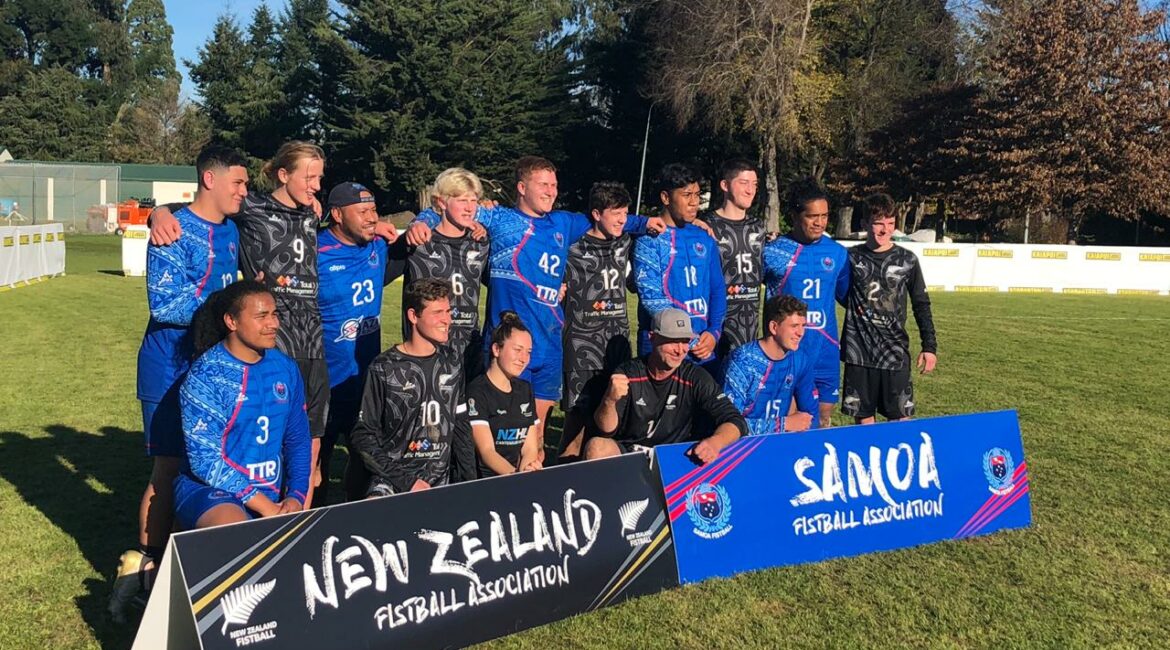 The host of the Oceanian Fistball Championships, the New Zealand Fistball Association wins the men’s and the women’s competition. With a total of 5 participating countries, the Oceanian Championships in Christchurch were a big success. The men’s New Zealand team defeated Samoa in the final match 3:0. The women’s team of New Zealand won the final against Australia 3:0. IFA was represented with Administrative Director Christoph Oberlehner and the Chair of the Medical Commission Giana Hexsel.

The New Zealand Fistball Association provided an excellent framework for the Oceanian Fistball Championship. With the participating countries New Zealand, Australia, New Zealand Maori, Samoa and Cook Island it was the first time that 5 teams participated in a Championship in Oceania.
Furthermore, the recently established U18 men’s teams of New Zealand and Samoa fought for the title in the Oceanian U18 Championship. After 2 matches there was a draw, that’s why a deciding match was necessary. New Zealand’s youngsters won the thrilling match 3:2 and celebrated the Gold medal.

In the women’s competition Samoa, Australia and New Zealand participated. The host presented very good Fistball to the spectators in the Mainpower Oval in Christchurch. The team of coach Vikki Buston could win all their matches and beat Australia in the final 3:0.
The men’s team of New Zealand did it the same. After a very close first set in the final against Samoa, the host could win the following two sets clear and won the inaugural Oceanian Fistball Championship. Australia, which participated with a below-strength team ranked third, Cook Island finished on rank 4 and New Zealand Maori on 5.

Congratulations to all teams and the host of the excellent organized tournament! It’s great to see how Fistball in Oceania is growing in numbers but also in quality. Together we are Fistball!