Re-Start in Austria and Namibia 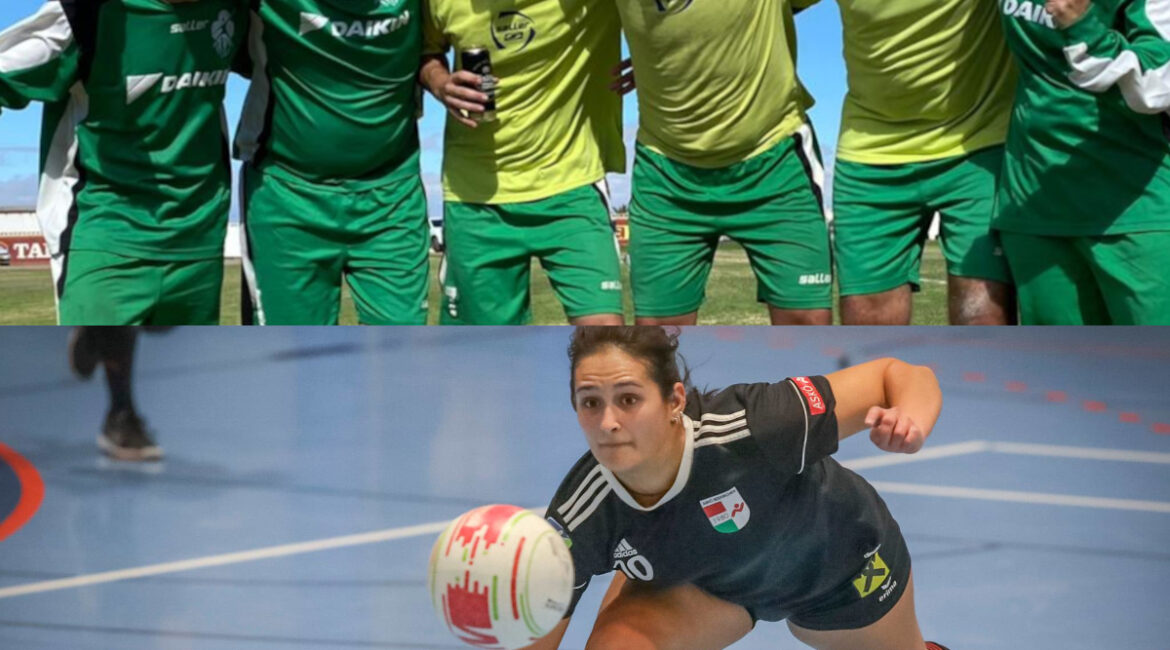 In Austria and Namibia Fistball returned back last weekend.

Austria: Nussbach already in the semi-finals – Wels first in line

In the women’s fistball Bundesliga, the defending champions from Nussbach kept their clean slate after four games and can plan ahead for the semifinals with 8 points.
Behind them, Wels and Seekirchen also have a good starting position with 6 points, but Laakirchen and Arnreit also still have a chance of making it into the final four. For the still winless teams of Wolkersdorf/Neusiedl and Froschberg, the semi-final train has left the station.

Champion Nußbach remains a power in the indoor league and with four wins is the only unbeaten team so far. The surprise of the round was delivered by Wels. With an unexpectedly clear 2:0 against Seekirchen, they overtook the runners-up with equal points in the table and are the first chaser of Nußbach before the last two preliminary round matches.

Laakirchen and Arnreit also still have a chance of reaching the semi-finals. Laakirchen won the direct duel, but was beaten by Nußbach 1:2 in the second game. Arnreit stayed in the race with a victory over Froschberg.
Wolkersdorf/Neusiedl remained winless in the 2nd round. The higher rated Lower Austrians did not really find their way into the game on the first championship weekend. Up-and-coming Froschberg showed good games in phases and surprised with a set win against champion Nußbach, but had to pay tribute to the lack of experience in the decisive phases. Both of them have no chance to reach the semifinals.
The third preliminary round of the women’s fistball Bundesliga will take place on Saturday, Feb. 20. The finals and placement matches will follow on Sunday.

The safety regulations in the “Fistball Bubble” are strict. Arrival is only possible with a negative COV test, before each match day there is another test. 263 tests – all negative – were carried out in Faak on the first championship weekend alone.
“Whether players, coaches, Faustball Austria staff or employees of the BSFZ Faak – everyone adheres to safety distances and mask requirements with exemplary naturalness. We have not yet had to remind anyone of the regulations,” said Faustball Austria Secretary General Hannes Dinböck, pleased with the safe and smooth running of the event.

Last Saturday the Bank Windhoek opening fistball tournament took place at the SFC. SKW 1 won in the A category while the old boys from SFC took the crown in the B category.

In Group A, the defending champions CFC 1, SFC 1, SFC 2 and SKW 2 played against each other. CFC 1 won without any problems in all games and qualified for the A-category semi-finals. SFC 1 won the matches against club rivals SFC 2 and SKW 2 and followed CFC 1 into the semi-finals. SKW 2 and the host SFC 2 then played for the title in the B category.

SKW 1 defeated CFC 2 and SFC Old Boys in group B. The SFC old boys lost against the capital city club CFC 2 and had to fight for the B-category title while SKW 1 and CFC 2 made it to the semi-finals of the A-category.
In the B category, SFC 2, SFC old boys and SKW 2 played for the title in a ’round robin’ mode. Contrary to all expectations, the aged men from the coast won both encounters and deservedly secured the opening cup while SFC 2 and SKW 2 took second and third place in the B category, respectively

In the semi-finals, CFC 1 and CFC 2 faced each other. After some initial difficulties, CFC 1 played focused and advanced into the final. SKW also qualified for the A-category final after the green and whites beat SFC 1.
SFC 1 lost in an exciting match against CFC 2 in the game for third place, hence they had to settle for fourth place.

In the final, SKW 1 quickly took a 3-0 lead. Without Rico-Kühnle Kreitz, who was absent due to work commitments, the Coheners never really got grip in the match. Michael Baas always kept the blue-whites at a distance with his serves and was able to secure a 3 point lead at halftime. CFC 1 came close to 2 points in the second half, but could not turn the game. CFC 1 made too many mistakes in the defence and build up and coupled with the effective attack of the record champions ultimately sealed the first defeat after 26 games won in a row by Cohen. Final score 24:20.

In the youth division, SFC 1 and SFC 2 shared first place as both teams won 3 games. The SKW youth team took 2nd place. The fistball community enjoyed the improved performances of all teams.

The annual general meeting will take place on March 12th while the 1st league round will be played one day later at the CFC grounds. The Fistball Association of Namibia is still looking for a chairman after Michael Baas resigned from office in November 2019.