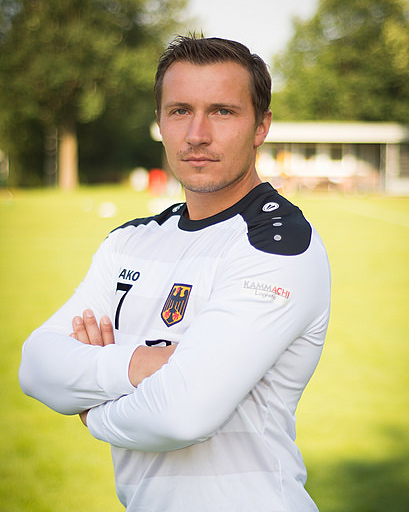 German striker Steve Schmutzler runs for IFA Vice President. ”We are very happy that Steve, who is still an active world class player at the upcoming IFA 2019 Fistball Men´s World Championship, will support the new IFA Board of Directors as Vice President” said Jörn Verleger, designated IFA President. Jörn will follow Karl Weiss, who will retire after 20 successful years in leadership of IFA. the federation.

Today, exact 3 weeks before the IFA 2019 Congress on 14 August in Winterhur the IFA Board of Directors sent out updated congress files. The new documents include the final reports of the auditors and approval of the recently provisionally approved member federations from Fiji and Cook Island. This increases IFA’s membership to 61 national member associations. Furthermore, a proposal for the future membership fee was included to reflect the financial possibilities of smaller and larger federations.

Candidates for the IFA Board of Directors

Motions of the IFA Statues will be on the agenda before the new elections, which will also further optimize the composition of the Board of Directors and creates opportunities for more representatives from Oceania, Asia and Africa, as well as more female board members.

The elections should be without surprises, as there are no opposing candidates. As Vice-Presidents have already in February been nominated Dr. med. Giana Hexsel (Brazil) and Vikki Buston (New Zealand). With Steve Schmutzler there is an additionally still active player.

Steve, born in 1984, made his international debut in the German national team in 2007. His career began as a youth player at a the Saxon club SG Waldkirchen. Due to professional changes, he moved to Bavaria in 2003, where he still lives and works as a sales representative and software engineer. For over 10 years he was the main striker of MTV Rosenheim. In 2011 and 2015 he became world champion as well as in 2013 and 2017 World Games winner.

In a new position IFA will see Christoph Oberlehner. Currently IFA Administrative Director Chris will run as successor of Jörn as IFA Secretary General. For re-election are running Treasurer Franz Peter Iten, the Chairman of the IFA Sports Commission Winfried Kronsteiner as well as board members Alwin Oberkersch and Roger Willen who also serves as IFA Development Director.
New candidates as IFA board members are Rodrigo Böttger from Chile and Kim Kruse from USA. Rodrigo participated in three World Championships (2007, 2011 and 2015) as well as in two World Games (2013 and 2017) and is currently the President of the member federation Chile. Kim played Fistball for 30 plus years for the Swim & Sport Club (SSC) in Flanders, New Jersey, USA. She was Sports Director for the Swim & Sport Club in the 1990’s running several tournaments. Currently she is treasurer for the United States Fistball Association.