Three Brothers and a Cousin in Wroclaw

IFA > News > Uncategorized > Three Brothers and a Cousin in Wroclaw 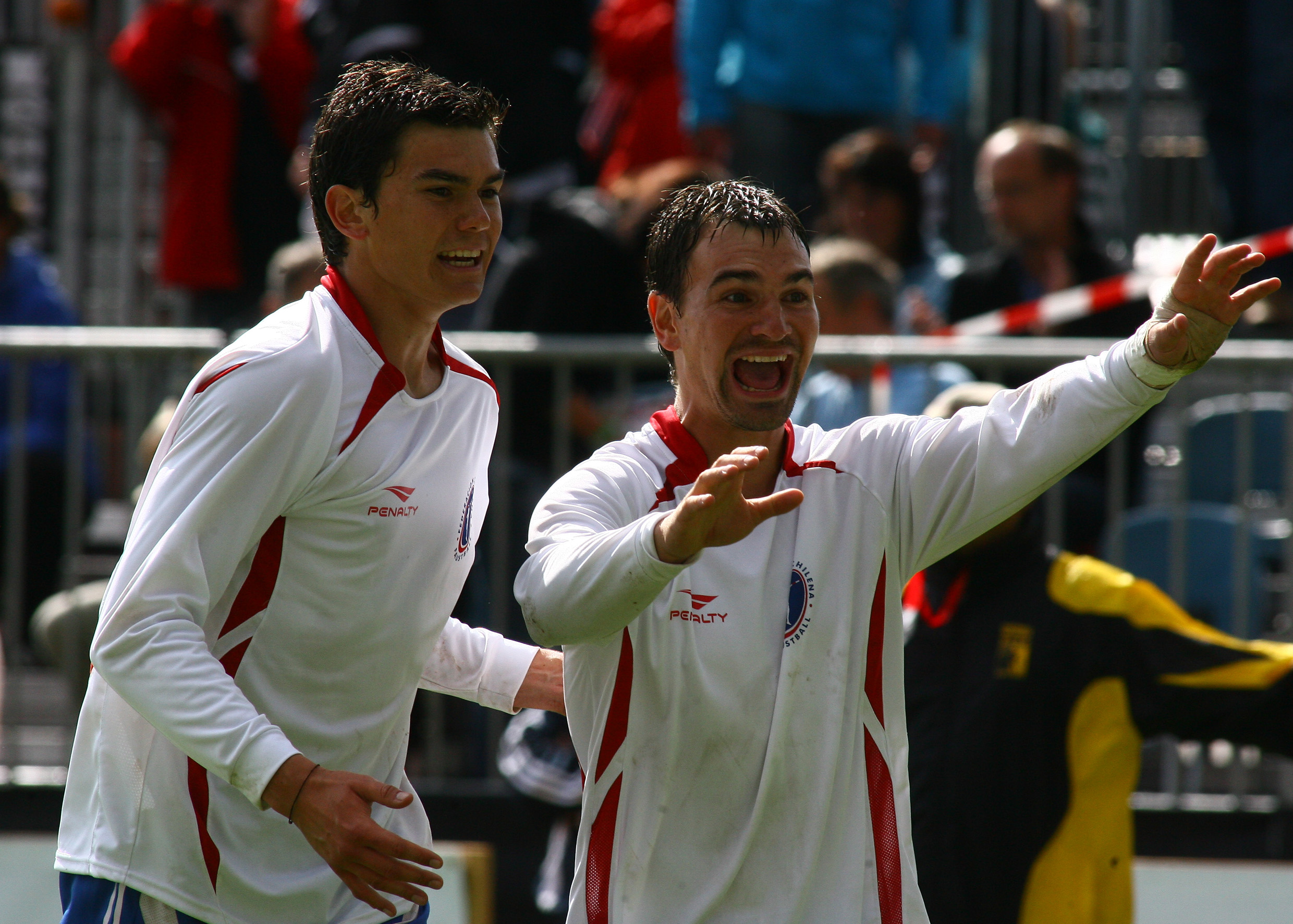 It is often said that fistball is family, and many families pass on their passion for the sport from one generation to the other.  This is in particular also true for the family Mödinger from Llanquihue, Chile.  For 55 years, players from the family have represented the local side Gimnástico Alemán de Llanquihue, Club Manquehue in Santiago, and the Chilean national team.

Following this tradition, four Mödinger’s will be representing Chile at the upcoming World Games in Wroclaw, Poland, where the fistball tournament is being played from July 22 – 25 – Joaquin as a coach, and, his brothers Cristobal and Alvaro, as well as their second degree cousin Eduardo as players.

All of them have been fascinated by fistball from an earlier age.  “Intense, exciting, rewarding”, describes Cristobal Mödinger his passion for the sport.   “It is a special sport for all the different opportunities that it brings you. For example, you could travel around the world, meet new people from other countries and cultures, and bond with them as well”, says his cousin Eduardo.  One of his favorite memories is participating at his first international championship in 2000, in Porto Alegre, Brazil, “I was nine years old at that time and all my closer family and best childhood friends were there with me.  We were one of the younger teams and we succeeded, we reached the second place.  And now we all will be playing together at the World Games in Poland.”

Both Eduardo and Cristobal played for Chile at the team’s successful 2014 South American Championships campaign in Brazil.  And they are in good hopes for the World Games.  “Obviously, I hope we will win the World Games, but, realistically, my hopes are we could be among the best four teams”, says Eduardo.  Cristobal echoes his cousin’s expectations, “My hopes are high but with moderation.  We are a mature team that has played many tournaments together, and we know our strengths and weaknesses.  We want to take it step by step, and our goal is to make it to the semifinals.”