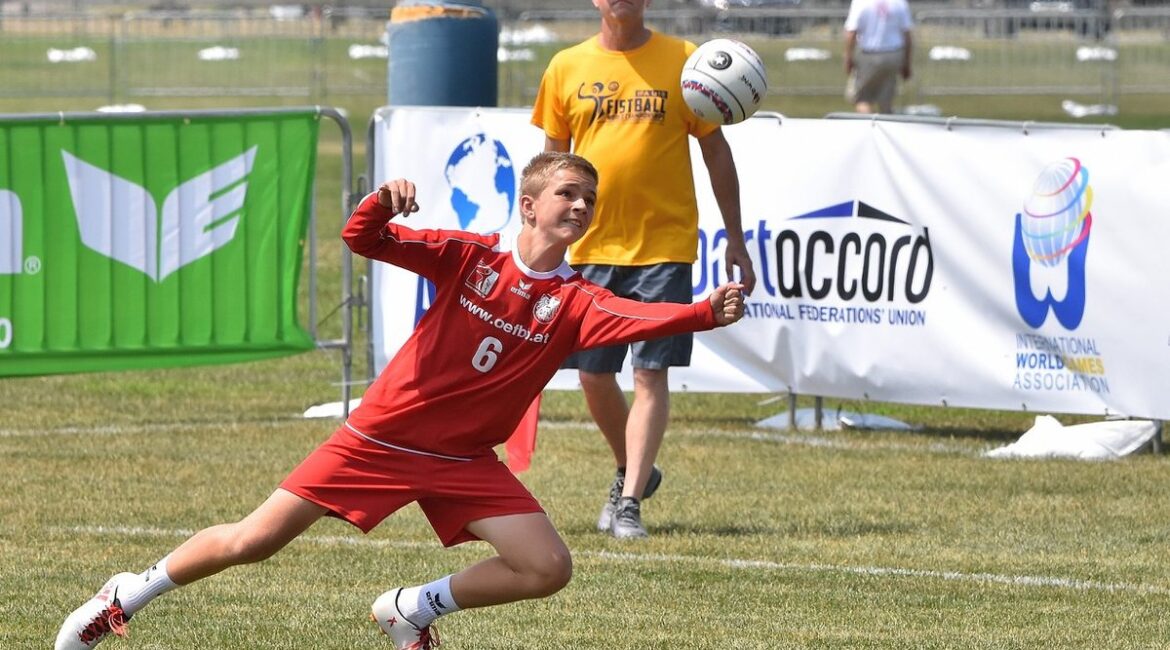 When the Fistball U18 World Championship and U21 European Championship takes place from 23-26 July 2020, the entire fistball world will be looking to Grieskirchen. In the region, this major fistball event will be one of the big highlights of the year.

“It is going to be the fistball event of the year and a celebration for the entire region”, Peter Oberlehner, Vice President of Faustball Austria and at the same time President of the Organizing Committee of the U18 World Championship, sets the goal of the organizer. The club is investing a lot of time and also money to achieve this goal. The existing Fistball Center in Grieskirchen was chosen as the venue. The entire sports facility is currently being made suitable for the World Cup by the club. In order to be able to offer three playing fields in accordance with the rules, the run-out on the previous training field was widened. “In addition, the pitches will all be renovated again so that the young athletes will find perfect conditions. The existing Center Court will be extended by a large temporary grandstand for the World Cup and the existing grandstand will be renovated. This will increase the capacity during the event to around 1,500 spectators,” says Christoph Oberlehner, head of the organisation team for the World Youth Championships. In addition, a large World Cup village will be created, which will offer catering, entertainment and much more for players and fans from all over the world. You can get a sneak preview of the World Cup site with the virtual flight over the World Cup area at: https://www.youtube.com/watch?v=Q-7NNrj6WaY&t=31s

On the sportive side, eleven nations from a total of four continents will participate in a Fistball U18 World Championship for the first time. From Europe, in addition to the top nations Germany, Austria and Switzerland, a female team from the Czech Republic, two teams from Poland and a male team from Italy will compete. Brazil, Chile and Argentina will travel to Grieskirchen from South America. For the first time the fistball family can also look forward to a male team from New Zealand and the delegation from India. Among the male juniors, the field of participants has not changed since the last European Championship. Austria, Germany and Switzerland will once again fight for the European crown.

Jörn Verleger, President International Fistball Association (IFA):
“11 nations from 4 continents at the U18 World Championships is an absolute record. This shows the positive development of our sport and is the reward for the efforts we invest in the worldwide spread of fistball. With New Zealand, Poland and the Czech Republic, three newcomers are also taking part in this World Championship for the first time”.

“A strong youth is the basis for a successful future of fistball in Austria. We as the Austrian Fistball Federation are very happy that the first World Youth Championship will now take place in Austria. With Grieskirchen/Pötting we have again an experienced partner who is highly motivated and shines with many creative ideas”, says Fistball Austria Vice President Peter Oberlehner. “The city of Grieskirchen will once again be the focus of a major sporting event, and the entire region has the opportunity to underline its excellent reputation far beyond the city or state borders. The fact that Austria is one of the favourites for the medals at this home world championship and that 5 players from Grieskirchen have the chance to be in the squad of the national team is a very nice extra,” Oberlehner adds.