Winterthur is ready for the Fistball World Championship 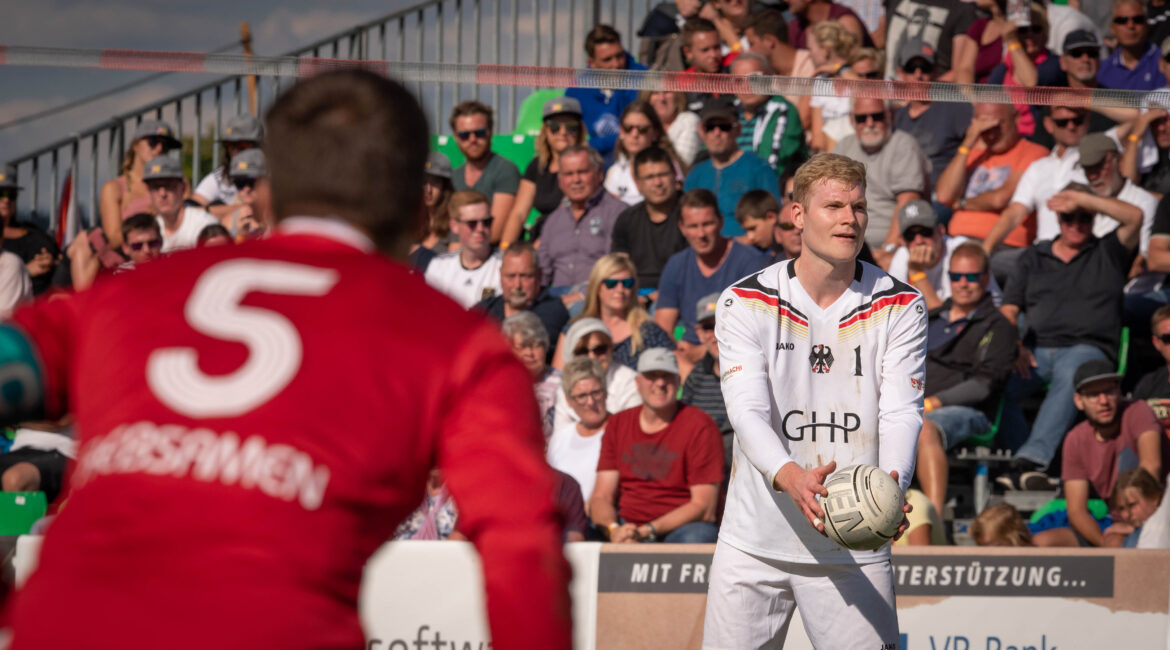 WINTERTHUR. Every four years the Men’s Fistball world championships take place. This year they are being held in Winterthur, Switzerland. From 11 to 17 August, 18 of the world’s best men’s fistball teams are playing for the coveted World Championship title.

New standards on the Schützenwiese
The main games are being held in a fistball stadium that has been built within the football stadium Schützenwiese. The stadium has a seating capacity of 7,500. For the semi-finals and finals, the stadium should be a sell out and pre-sales have sold 11,000 tickets. The national teams from Germany, Brazil, Austria and Switzerland are the main contenders for the Gold Medal. The entire field of participants covers five continents and teams from New Zealand, Japan and Argentina will also be playing in Winterthur.

All teams want to overthrow top seed Germany
With eleven titles won out of the previous 14 World Championships, Germany is the favourite at the upcoming event. The team of national coach Olaf Neuenfeld currently holds all the titles up for grabs on the international stage. “We want to win the title again, not just defend it. We attach great importance to this subtle difference, because there is nothing for us to defend, it will be a new world championship, ” says Neuenfeld. Host nation Switzerland is likely to be a tough contender for the title, having beaten the current world champions 3: 2 in a friendly match in June. Given this result, the Swiss set themselves the goal of becoming 2019’s world champions. “Obviously, the World Championship title is a very high goal and everything has to be perfect for it to work. But if we do not set the title as our goal, we do not even have to compete, ” says Swiss captain Ueli Rebsamen.
The final is being held on 17 August at 18:00 and will show whether Germany can live up to expectations or whether we will see another nation holding the title.