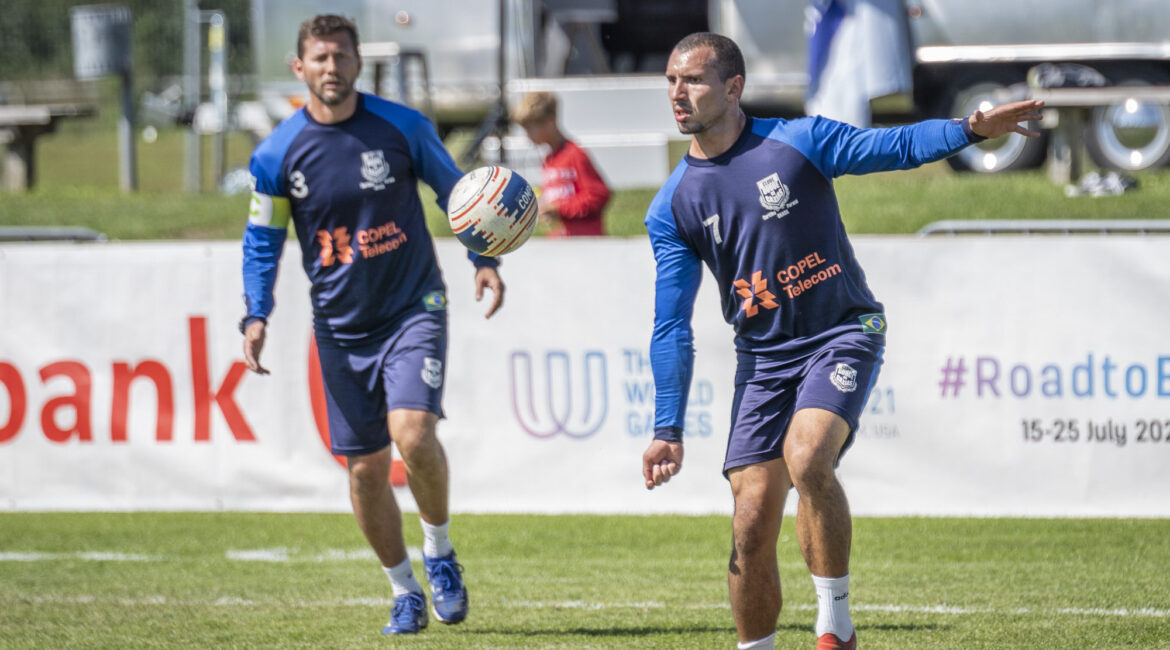 From October 6 to 9, for the first time in the young history of the World Tour, the final event will be held in Brazil. Clube Duque de Caxias from Curitiba welcomes the best fistball teams to Brazil and becomes the center of the fistball world. A total of 16 teams – 8 women’s and 8 men’s teams each – will compete for the title at the Faustball World Tour Finals in Curitiba.

In total, clubs from five countries and three continents will participate. Brazil and Germany make up the bulk of the participants with five clubs each. The continental winners are automatically qualified for the World Tour Finals, the remaining starters will come via the World Tour Ranking.

The two Brazilian clubs, Clube Duque de Caxias and Sociedade Ginastica Novo Hamburgo, are the only representatives in both the men’s and women’s competitions.

Most important title in club fistball

A total of 16 teams from Brazil, Chile, USA, Germany and Austria will compete in the World Tour Finals in the capital of Paraná. “It is the most important title to be won at club level in fistball. Fans and athletes can look forward to a great event and exciting matches,” said IFA President Jörn Verleger, looking forward to the event.

“The best fistball players in the world will come to Curitiba and show top sport. In addition, we will be able to welcome several hundred students as spectators through a large school project of Clube Duque de Caxias.”

For the European participants, the World Tour calendar was specially rearranged and the two Major tournaments (highest category) in Novo Hamburgo and Porto Alegre were placed immediately before the World Tour Finals. Some participants had used this for ideal preparation and acclimatization. With UFG Grieskirchen/Pötting and ASKÖ Seekirchen, clubs that are not qualified for the 2022 finals also traveled to Brazil.

All games live on Fistball.tv in the stream

A total of 2,000 spectators are expected at the center court in Curitiba on four days of competition. The organizers are building their own grandstands to ensure a great atmosphere.

On Friday, the group matches will still take place. The men with the morning session from 09:30, the women get on at 12 o’clock.

On Saturday from 09:00 already the first placement matches will take place and from 12 o’clock the semifinali. Sunday is the big final day: from 9 am the matches start, the women’s final is scheduled for 15 pm, the men’s final for 16:30 pm. All times are local time (Europe +5h).

All games will be broadcast live on fistball.tv.