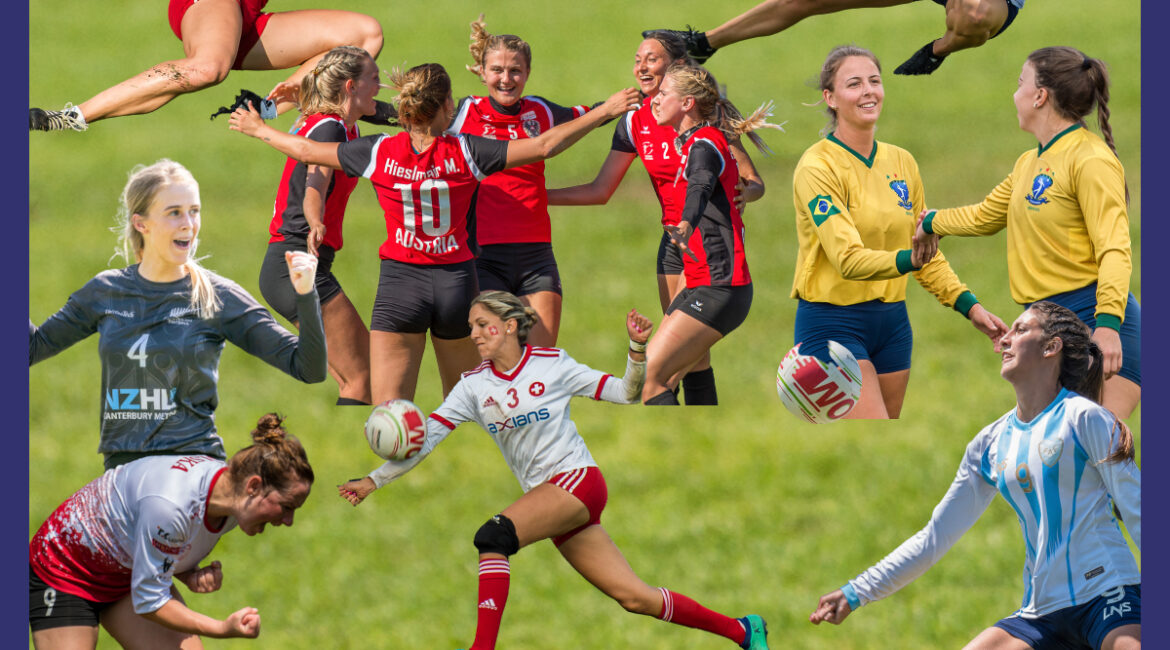 Ways to Fistball
More than 25,000 girls and women train and play Fistball – how did they get into their favorite sport?
We asked some of them. In addition, we wanted to know what they expect from the 2021 Women’s World Championship in Jona, Switzerland.

The questions:
1. How did you get into Fistball?
2. Why am I looking forward to the 2021 Fistball World Championships in Jona? 1) I practically grew up at the fistball court – after mom and dad both played or still play I very soon started to emulate. So it was quite clear that my brothers and sisters and I also want to join the Fistball family.

2) A world championship is of course something very special – the atmosphere and the mood are always really nice to experience. I think this year it will be even more intense, because we all miss it very much to stand together – in a halfway normal form – on the court and have fun!

1) My mother played Fistball back then and took me to the sports field as a little baby. It’s inevitable that you follow your mother’s example and go to practice yourself as soon as you can hold onto a ball.

2) A world championship is always a special event that you want to take part in. When you can’t practice the sport you’ve loved and lived for years for months, you look forward to such an event even more. Also, Jona is known for its excellent hosting of events. If the situation allows it, I am convinced that it will be an unforgettable World Championship.

1) I came to Fistball at the age of 7. My primary school teacher at the time was a local fistball coach and was able to inspire me for this sport.

2) I am really looking forward to the World Championships in Switzerland, especially in the current difficult situation, we all feel a lot of desire and anticipation to finally be able to play Fistball again. I’m also sure that the people in charge in Jona will put on a great event despite the difficult conditions.

1) My father was a Faustball player. Since i was a little child, I was on Faustball fields, watching him playing. When I was 8 years old I started playing in Sociedade Ginástica Novo Hamburgo, and played for many years (now as a Master).

2) I am really looking forward to be at the World Championship in Jona, because I have already played there (it will be nice to visit this beautiful place), also i want to watch the games and assist as a doctor – if necessary.

1) A few years ago I volunteered at the World Games in Wroclaw and I learned about the game. Later we constructed as volunteers the national Fistball team of Poland and played the World Championship in Linz. That´s how I got into Fistball.

2) I suppose that we should show that Fistball is an important sport also for women. And secondly that we could show that the virus is not a problem to organize such an event – that we are stronger. “It is time to build an equal future. I call for more women to run for leadership in Fistball” quoted IFA President Jörn Verleger on the eve of the International Women´s Day on Monday 8 March.

“I agree with those who say the pandemic is worsening already deep inequalities facing women and girls, erasing years of progress towards gender equality. Volunteerism could help to redress this power imbalance, strengthening women’s voices in all spheres and decisions affecting their lives”, he says.