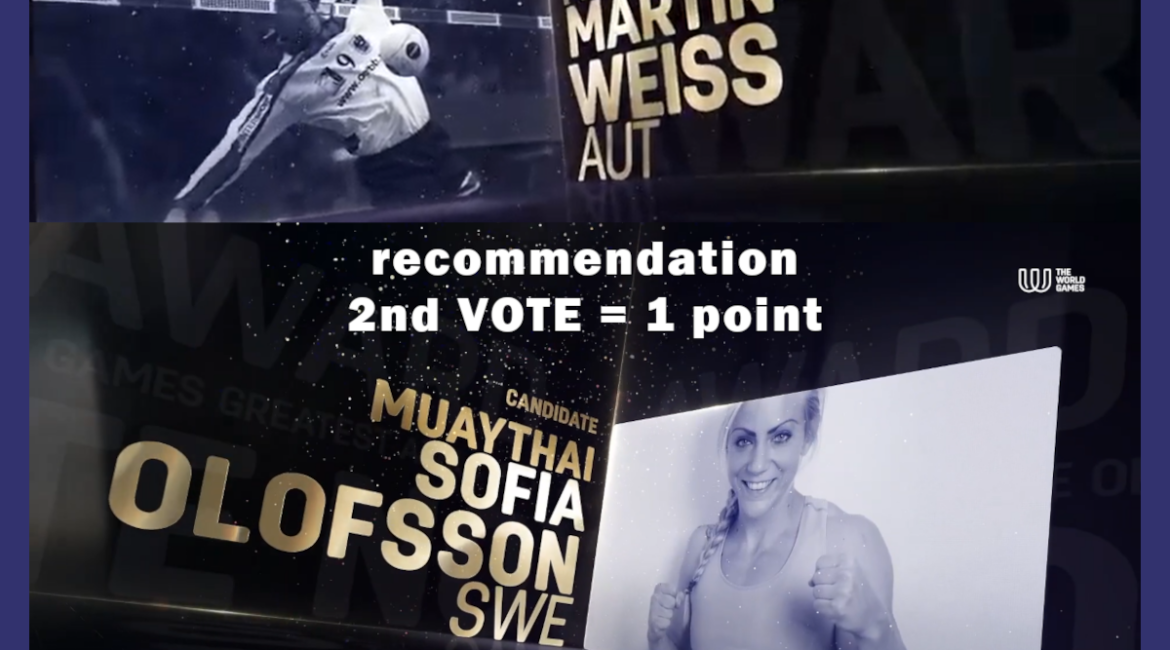 Today, Friday 8 of January, starts the vote “The World Games Greatest Athlete of All Time.

The public audience can vote daily, everyone once per 24 hours, for their favorite. They will also need to vote for another candidate at the same time. The first candidate they choose gets two votes, and the second candidate one vote.

IFA and IFMA propose the respective candidate of the other association for the second vote. Fistball star Martin Weiß from Austria won over 10 national championships, 8 continental title, and 3 World Tour titles during his carrier. At The World Games 2001 and 2005, Weiss´s team won the first international titles for Faustball Austria with Weiss as their no. 1 striker. In 2007 his team claimed Austria´s only World Championship title to this day. Weiss started working as head coach for the Austrian national team in 2016, and led it to bronze at the World Games 2017 and silver at the World Championships 2019.