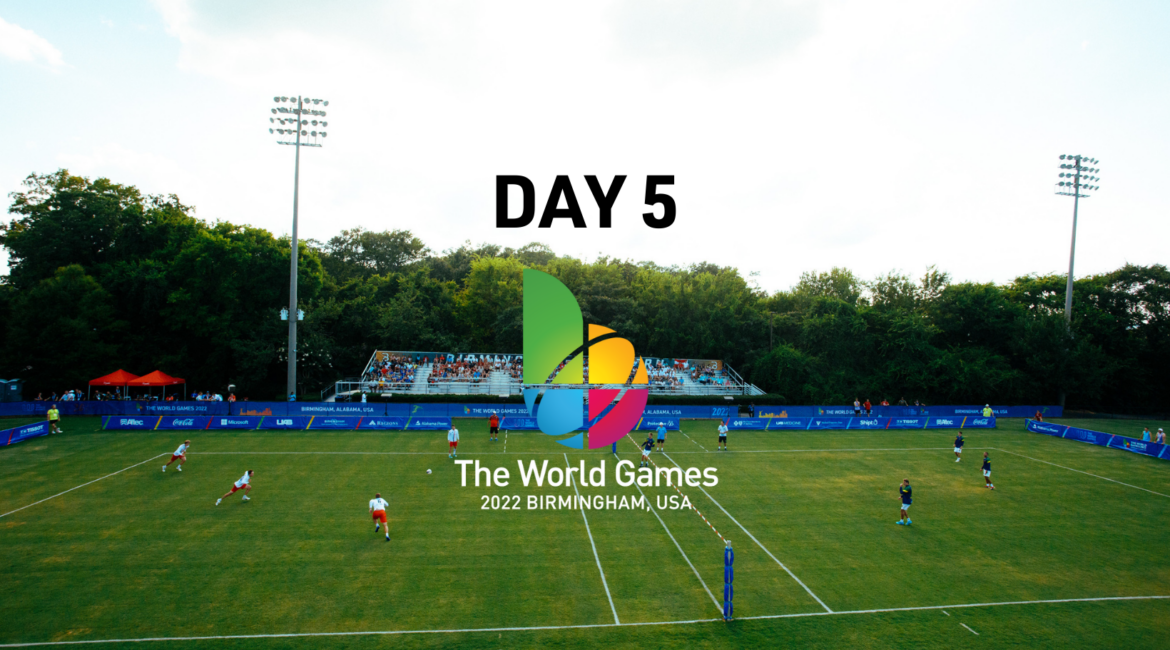 Germany strikes again!
For the third time in a row Germany wins the men’s gold medal at the World Games. The German team dominated the tournament once again. In the final Switzerland played a good match but couldn’t uphold their performance the whole durance of the match. Still the Swiss team played a great World Games tournament and earned another silver medal after their women’s team.

Brazil wins dramatic bronze medal match!
In a thrilling game against Austria, Brazil takes the win. Only five balls were played before the game had to be delayed due to lightning in the nearby area. After an almost 3 hour long break, the match was continued. And what a match it was! The spectators in Birmingham saw a bronze medal match full of spectacular rallies.
Throughout the game both teams were going head to head, with no telling who would win. In the end, Brazil pulled through, winning with 3:2.

Italy takes fifth place at The World Games 2022!
With a solid performance the Italian team takes the victory over Chile in the placement match for the fifth place. Italy took the lead in every set leaving the Chileans little place to show off their skills.