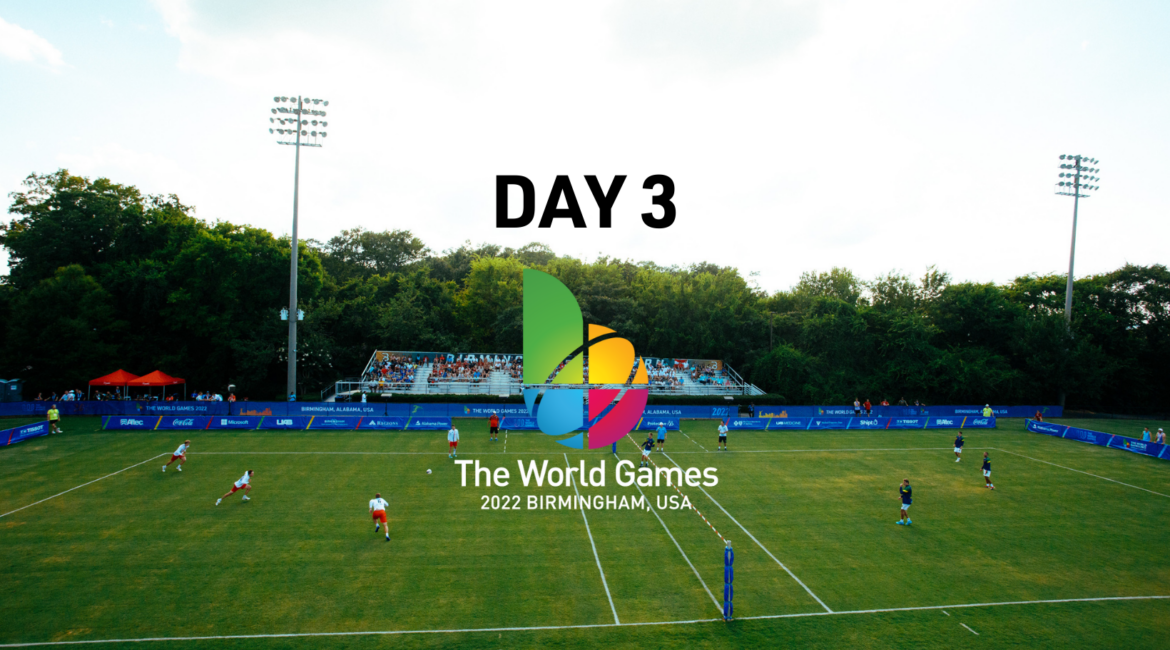 Austria completes the semi final teams
In the last match of Day 3 at The World Games, Austria defeats the home team USA 3:0. The Austrians start off very well whilst the Americans find their game just after two sets. What follows was a very close third set with the better end for Austria.

Germany sweeps Argentina away and proceed to the semi final
In a very clear match Argentina has nothing to oppose to the German team. After just 30 minutes the game was over.

Switzerland secures semi final with a victory against Chile
With a clear win over Chile the Swiss team is the first team to secure the semi final. The chilean team fought hard but could not keep the pace up with Switzerland. Tight match – New Zealand finishes 5th – USA 6th
The spectators saw a match on eye level between the home team and the kiwis. The winner was unclear for a long time of the match. In the final phase team New Zealand had a better momentum and took the win.

Underdog Switzerland beats Brazil and proceeds to the final

From the very first second of the game onwards Switzerland played a very strong and error free match. They proved they deserve to play in the Final of The World Games. At the same time the Brazilian team didn’t find its pace and had difficulties to crack the strong Swiss defense. This is definitely the surprise of the tournament so far!

Germany proceeds to the final after a nerve wracking semifinal victory over Austria
In a top quality game Austria started off as a rocket and went in the lead by 2:1. But Germany came back strong and fought back. The reigning World Champions kept cool and proceed to the finals.
Share