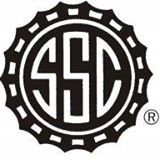 The sport of Fistball is taking over Roxbury Township this year, beginning with the demonstrations at local schools in the district. United States Congressman Leonard Lance (NJ District -7), along with Roxbury Mayor Jim Rilee and other key township and school officials attended the first ever Fistball demonstration held by Bob Feid and Steve Groeber of United States Fistball Association during Roxbury High School’s physical education classes on June 5th.
“It’s a wonderful opportunity for our students to experience an athletic activity and sport that has been in the Roxbury area for a long time,” said Superintendent of Schools Patrick Tierney.
“I am thrilled with what is happening and how much momentum we have already going into the Fistball games,” Bob Feid, President of the United States Fistball Association.
Roxbury Township officials along with United States Congressman Leonard Lance have unanimously endorsed and pledge to make the PanAmerican Fistball Games held at the Swim and Sport Club a success for all involved.
The International Fistball Association (IFA) in tandem with the United States Fistball Association (USFA) selected the Swim and Sport Club in Flanders, NJ (Roxbury Township) USA to host the 1st ever USA-based Pan-American Fistball Games held from August 27 thru 30, 2015.
Competing in the Pan-American Games in addition to the United States are 4 South American nations: Columbia, Argentina, Brazil, and Chile.
Fistball has been a tradition at the Swim and Sport Club since 1927. For more information, visit www.usfistball.com.