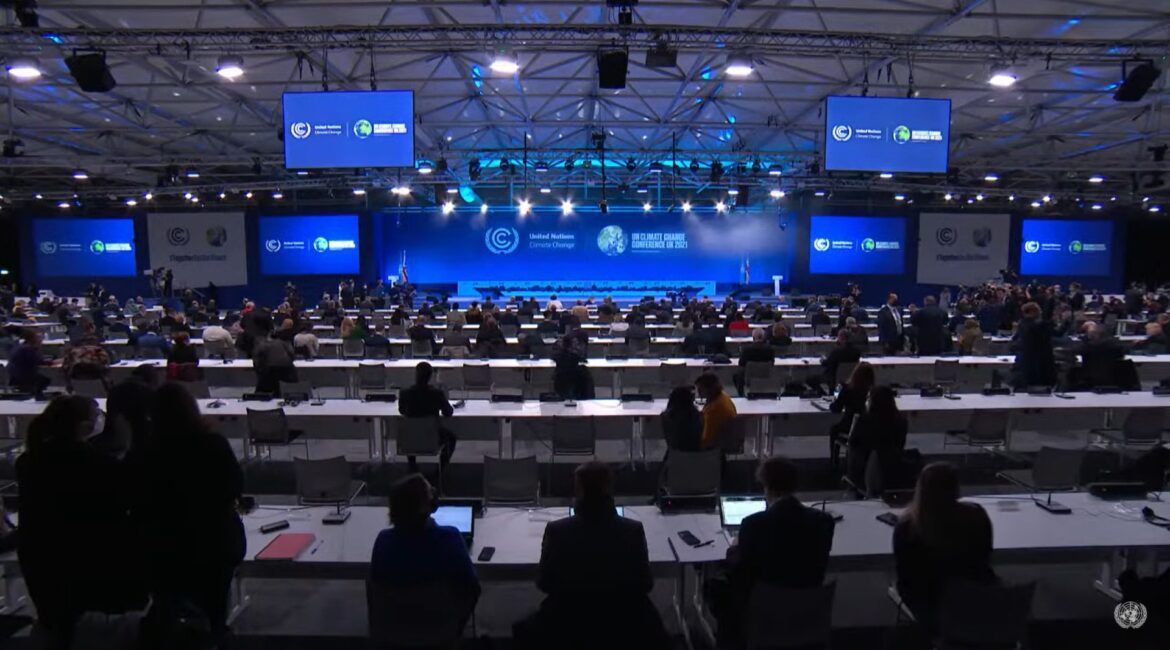 “We can only rise to the challenges of the climate crisis by working together”, said IFA President Joern Verleger on the occasion of the opening of the 26th UN Climate Change Conference of the Parties (COP26) in Glasgow.

“To team up and to work together is not only necessary for states but also for international sports federations to tackle the issues”, Verleger added. “That´s why IFA is sharing knowledge and actions e.g. with our friends from the World Flying Disc Federation (WFDF) and within the SPORTS FOR CLIMATE ACTION FRAMEWORK”.

“With this communication, we express our intent to support and implement the principles enshrined in the Sports for Climate Action Framework and we commit to working collaboratively with our peers and relevant stakeholders to enhance the climate action agenda in the sports sector and to use sports as a unifying tool to drive climate awareness and action among global citizens”, said IFA Dr. Christian Frenzel, Chair of the IFA Sustainability Working Group.

The COP26 summit will bring parties together to accelerate action towards the goals of the Paris Agreement and the UN Framework Convention on Climate Change.

A number of ambitious emissions reductions targets were announced by the UNFCCC’s Sports for Climate Action Framework (S4CA) today, 3rd of November 2021. These include reaching Net Zero by 2040 and reducing greenhouse gas emissions by 50 per cent by 2030 at the latest. This comes in response to the scientific consensus that the world needs to halve emissions by 2030 and achieve net-zero before 2050.

All new and existing members of S4CA are called upon to adopt new goals under this Framework, which aims to gather sports organisations, teams, athletes, and fans in a concerted effort to set the pace for climate action and raise awareness on the urgency required to meet the goals of the Paris Agreement.

“Four years since we launched the Sports for Climate Action Framework, more than 280 sports organisations have committed to the overarching objectives of aligning sport with the goals of the Paris Agreement,” Patricia Espinosa, UN Climate Change Executive Secretary, said at the launch of Framework targets at COP26.

“The sector eagerly took up the challenge, but also told us that they want to do more and to do it faster. These organisations are now being challenged to reduce emissions 50 per cent by 2030 at the latest and to achieve net-zero emissions by 2040,” she added.

Signatories including IFA, the International Olympic Committee, FIFA, BBC Sport, the Premier League and Formula E, have signed up to these new targets. In addition, signatories commit to submitting plans to outline concrete actions that will be taken to implement 2030 targets as well as report on overall progress with commitments on annual bases.

It was also announced today that Sports for Climate Action signatories who adopt these targets will officially enter Race to Zero, a coalition of leading net zero initiatives, representing 733 cities, 31 regions, 3,067 businesses, 173 of the biggest investors, and 622 Higher Education Institutions.

The Sports for Climate Action Framework has two overarching objectives: achieving a clear trajectory for the global sports community to combat climate change and using sports as a unifying tool to drive climate awareness and action among global citizens.

About Sports For Climate Action

UN Climate Change set up Sports for Climate Action in 2018 to support and guide sports actors in achieving global climate change goals. Uniting behind a set of principles, sports organisations and their communities have created an initiative by collaborating in order to position their sector on the path of the low carbon economy that global leaders agreed on in Paris in 2015. Sports for Climate Action works towards two overarching goals: Achieving a clear trajectory for the global sports community to combat climate change, through commitments and partnerships according to verified standards, including measuring, reducing, and reporting greenhouse gas emissions, in line with the well below 2 degree scenario enshrined in the Paris Agreement; Using sports as a unifying tool to federate and create solidarity among global citizens for climate action.