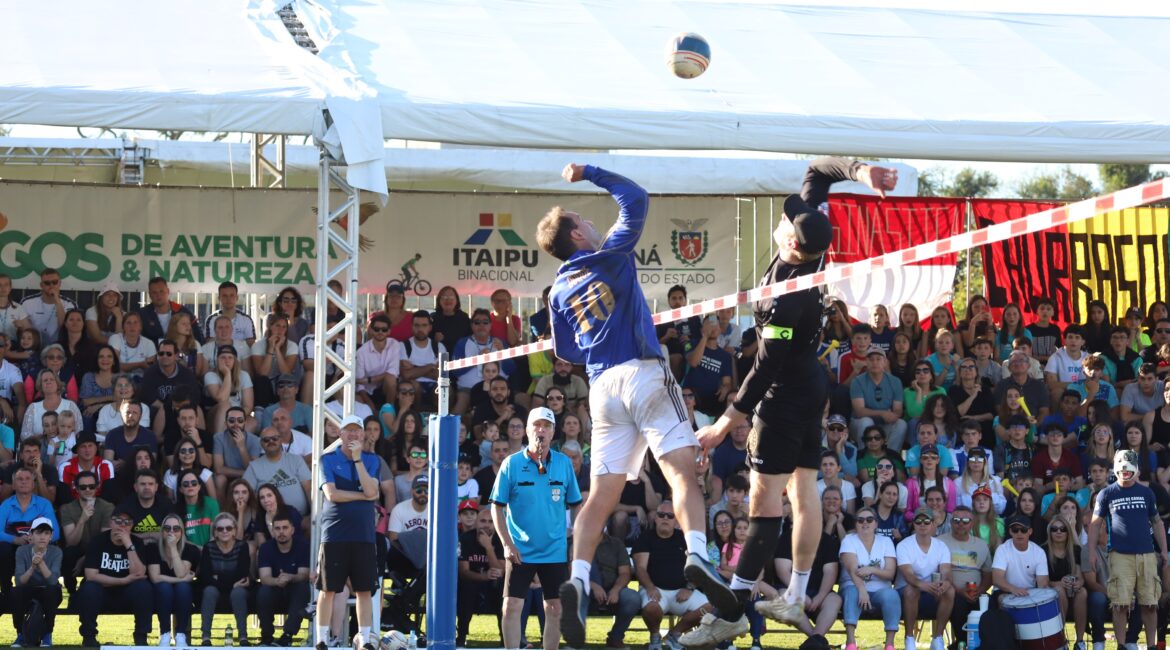 As the preliminary round was over the teams for semifinals determined. What may come as surprise to many is that four out of eight qualified teams are Brazilian, while only two German and two Austrian teams came this far in the tournament. Knowing what is at stake at semifinals the matches were physically and mentally exhausting for both players and spectators.

In the first semifinal of the day Sogipa Porto Alegre meet the Austrian Team from Nussbach. Sogipa started off strong leaving Nussbach nearly no chance to score. In set number two Nussbach then manages to defend the strong hit balls more frequently. Still, it is Sogipa winning the long rallies and securing a 2:0 set lead. In set number three Nussbach once again finds itself at a 4:7 disadvantage and must eventually accept defeat after a strong performance from Sogipa.

In semifinal number two the home team from Duque de Caxias meet the European champion TV Jahn Schneverdingen. Against the expectations of many spectators Duque de Caxias had the game in its hand from the first ball on. Having nothing to put against the well-placed attacks from Duque’s strikers Schneverdingen falls behind quickly in all three sets. Despite much effort on German side, Duque de Caxias with their German super striker Henriette Schell is the clear winner of this emotional match. The upcoming final will therefore be between Duque de Caxias and Sogipa Porto Alegre.

In the first semifinal of the men’s championship the winner from 2018 Novo Hamburgo meets the European champion Tigers Vöcklabruck. With their fans pushing them to their full potential Novo Hamburgo leaves the Austrian defence little chance and wins set number one 11:6. In set number two the Austrians are leading 6:4 when the Novo Hamburgo strikers once again found the gaps in the Vöcklabruck defense and made four points in a row to finally win the set 11:9. The third set again a tight one with the luckier end for Novo Hamburgo who win the set 14:12 and the match 3:0.

In the last match of the day the defending campion TSV Pfungstadt meet the home team from Duque de Caxias. Both teams started off strong forcing each other to the limits. It is at 10:8 for Pfungstadt when a striking error on the Brazilian side ends the first set. In set number two Pfungstadt started furiously and went in front 10:3 but had trouble finishing the set. Unforced errors on the German side let the Brazilians come back into the game. Only at 10:8 an attacking error ends the set in favor of Pfungstadt once again. In the third and final set Duque’s strikers have a hard time scoring over the Pfungstadt defence and must take much risk on their strikes. Ultimately it is Pfungstadts experience and consistency that conquered once again. The final will therefore as in 2019 be between the defending champion TSV Pfungstadt and the champion of 2018 Ginastica Novo Hamburgo.