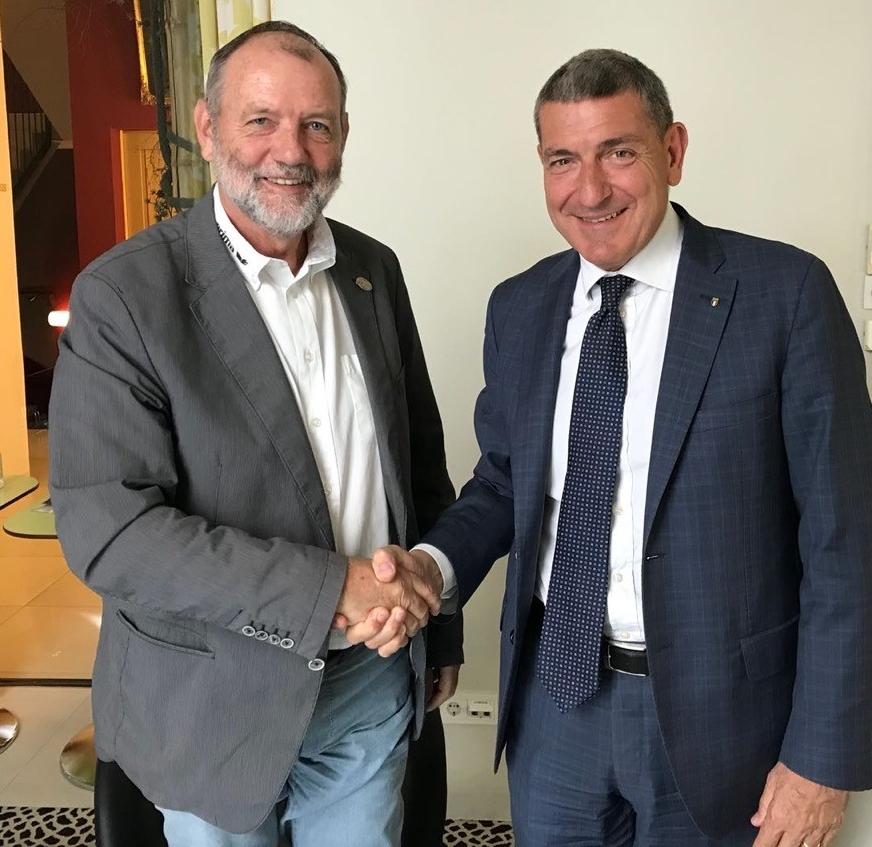 IFA President Karl Weiss signed an Agreement of Cooperation with the International Workers & Amateurs in Sports Confederation (CSIT) to host the inaugural CSIT IFA 2019 Fistball Amateurs World Cup within the framework of the CSIT World Sports Games 2019 in Tortosa (Catalonia/Spain).

Necessary preregistration deadline for this event is latest 15 October 2018 by email to office@ifa-fistball.com

The CSIT – founded 1913 is the global umbrella organization of National Workers- and Amateur Sports Federations and Regional Sports for All Organizations. The promotion of Fair Play is considered as an important contribution for peace and understanding.

The main highlights of the CSIT are the “World Sports Games”, a unique major sports event for a couple of thousand workers and amateurs every two years, where the incomparable “Spirit of CSIT” can be experienced.

IFA invites all individuals and clubs of the Fistball Family to participate at the inaugural CSIT IFA 2019 Fistball Amateurs World Cup. At the beginning of September IFA will be sent out officially the official invitation of the CSIT World Sports Games 2019 including the age divisions and participation fee.

The 16th Century City Tortosa is located in South Catalonia and is the capital of the region of Terres de l’Ebre half way between Barcelona and Valencia. Tortosa has about 35.000 inhabitants.

The last edition of the CSIT World Sports Games took place in Riga in 2017 including a spectacular opening ceremony, several demonstration sports and a cultural program.
The CSIT and the IFA will try to establish and to co-ordinate common activities in matters of fair-play, tolerance, peace and understanding through and in sports. Furthermore, CSIT and IFA will deepen the cooperation to sensitize its members for the importance of the ethical and cultural values of sport.