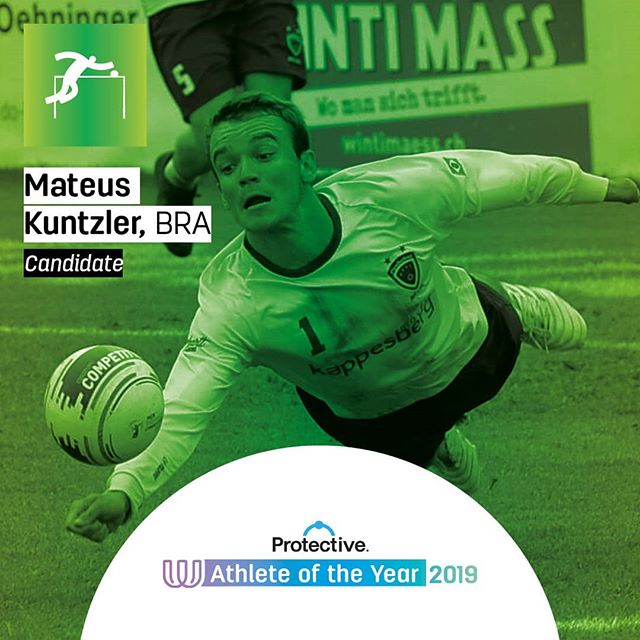 Congrats to The World Games Athlete of the Year Rani and congrats to our Mateus Kuntzler who finished 7th place with very honorable 28.529 votes. We are very proud of you. Thanks to all who voted for him and Fistball!

Mateus Kuntzler started with Fistball when he was 10 years old. Sport has always been very important in his life, but him becoming a world-class Fistball player was a surprise to a lot of people, because he was born with a malformation on his left arm, which is not fully developed: he has practically no left forearm.

Mateus always wanted to prove to himself that he could become a very good player in ‘normal’ sport rather than para-sport. Winning the bronze medal with Team Brazil at the Fistball World Championship in 2019 was the greatest proof of this aim in his life so far. He continued to show outstanding performance throughout the year 2019, being voted as the Most Valuable Player of the Fistball World Tour Finals, where he was runner-up with his club team Novo Hamburgo.