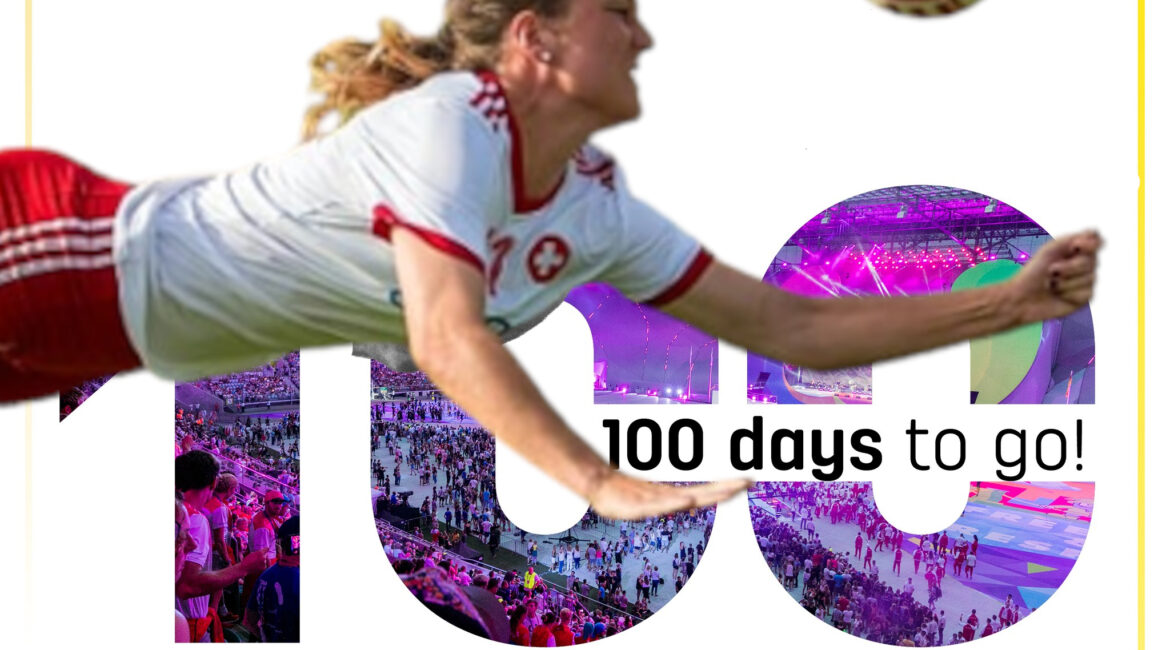 The countdown is on: There are 100 days to go until the grand opening of The World Games 2022 in Birmingham, USA. The eleventh edition of the multi-sport event will start on the evening of 7 July in the Protective Stadium. IOC President Thomas Bach will be present at the Opening Ceremony. The Games in the state of Alabama will see 3,600 athletes including 140 fistball players strive for The World Games gold in 34 sports and 223 medal events.

Joachim Gossow, CEO of the International World Games Association, says of the phase that is now coming: “The anticipation is growing among everyone, and it is starting to thrill because we are expecting nothing less than an outstanding Games. I know from talking to Birmingham’s Mayor Randall Woodfin that he has set the bar high for his city and wants to give his citizens a once-in-a-lifetime event.” Nick Sellers, CEO of the Birmingham Organising Committee says with pride: “Our Games will be the first global multi-sport event we’ve held in front of packed crowds.”

Just in time for the “100 Days to Go” milestone, it is clear that participants from more than 100 nations will compete in the Games, which are returning to the USA for the first time since the première in 1981. Currently, 108 nations are listed in the database. The eleventh edition thus sets a record in the nations ranking. Athletes from 103 countries competed at The World Games 2017 in Wroclaw, Poland.

For those who can’t make it to Birmingham, a countdown clock is ticking away here until the start of the Fistball competition at The World Games 2022.