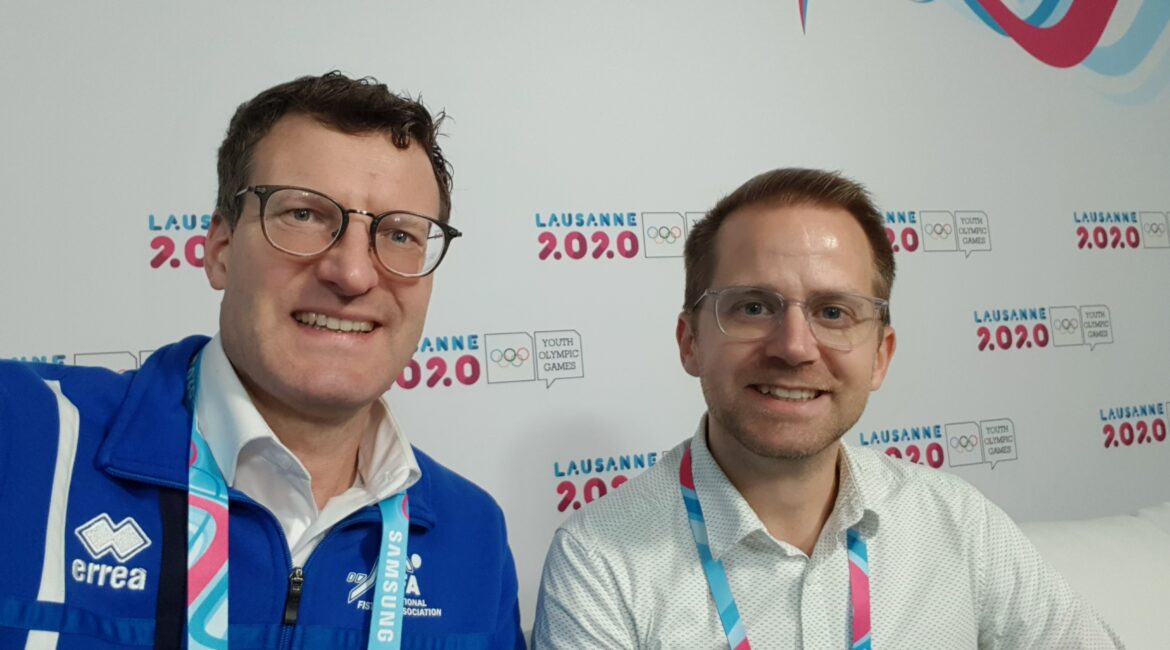 The 3rd Olympic Winter Youth Games, the Youth Olympic Games, took place in Lausanne from January 9 to 22, 2020. 1,880 athletes between the ages of 15 and 18 from more than 70 nations fought for medals in 8 sports. For the first time in Olympic history, the best young winter athletes in 3 regions, 2 countries came together for a binational event. Lausanne 2020 impressively filled the “Youth Olympic Games” with life.


The opening ceremony was atmospheric, dynamic and colorful, but above all it was designed by and with young athletes for young athletes. Olympic Capital and the home of the IOC not only sprayed the Olympic fever in the competition venues, but also in the streets, shops and cafes. Everywhere you saw one of the more than 3,000 volunteers who were always ready to answer questions with a smile.

The third edition of the Winter Youth Olympic Games will be remembered by many as one full of symbolism. In a year that marks the 10th anniversary of the first Youth Olympic Games (YOG) in Singapore, as already it was the case in Buenos Aires 2018, it set out to draw young people to sport, and to live by the Olympic values of friendship, excellence and respect.

Through a decade, the event has grown and carved a unique identity of its own, moving from Asia to Europe, South America and now stands on the cusp of making history in Africa as the first Games to be held on the continent.

“The Youth Olympic Games have constantly evolved to remain relevant to youth,” said Antoine Goetschy, associate director of the YOG. “In 10 years it became an incubator for innovation. It has served as a test bed for new sports and event formats – some making their way to the Olympic Games.

There is 3-on-3 basketball from Singapore 2010, due to make its debut at Tokyo 2020. It was at the Innsbruck 2012 Winter YOG that women’s ski jumping featured at an Olympic event for the first time, later added to the Olympic roster from Sochi 2014.
The greatest benefit of the YOG is not just the competition but the activities around it and the education of the athletes on certain important issues like doping and fair play.

“It’s got a little bit more emotions than the senior Olympics, in a way less formal. And these are friendships that will serve these athletes their whole lives,” said Tara Geraghty-Moats, an American ski jumper and Nordic combined athlete in Lausanne as an Athlete Role Model.

IOC President Dr. Thomas Bach praised at the closing ceremony the 1,880 athletes who took part in these games: “You are the best ambassador of the Olympic Spirit. Stay true to these values for your future Olympic career. I look forward to welcoming you to the Olympic Games again soon. ”

“We had a very productive trip to Lausanne during these momentous Youth Olympic Games,” IFA President Jörn Verleger said. “I would like to congratulate Lausanne 2020 Organising Committee and the tireless effort of the 3,800 volunteers, without whom this event would not have been possible.”

During their time in Lausanne, President Verleger and Secretary Christoph Oberlehner met with a number of sports movement leaders, including AIMS President Stephan Fox and United Through Sports CEO Julia Govinden.