Swiss Captain ready to compete for the title 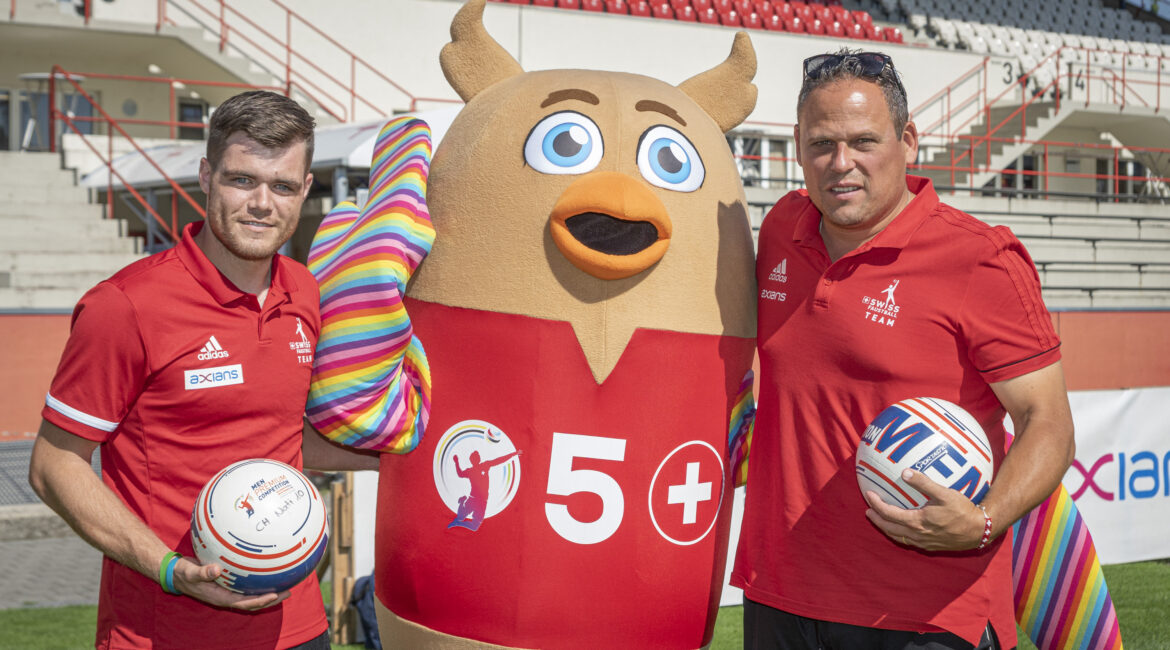 WINTERTHUR. Two days before the start of the Fistball World Championship on the Schützenwiese in Winterthur, Swiss Coach Oliver Lang announces that top performer Ueli Rebsamen has become fit in time for the World Championship. Switzerland wants to move into the finals and reach the title for the first time in history.

The 15th Fistball World Cup is already the biggest of all time. 18 nations from 5 continents will be playing from 11-17 August in Switzerland to fight for the world title. 11.000 tickets have already been sold in advance. Over 4,000 operational actions of volunteers are announced by OC President Toni Meier. “Around 17,000 working hours are provided during the seven World Championship days, not included the construction work of the countless civil service helpers. We are fully on schedule and ahead of schedule with building the infrastructure. Even the heavy rain during the last days could not stop the helpers from their work”, Meier is enthusiastic about how the planning of the past four years is now executed in practice.

Swiss team on fire for the event

From a sporting point of view, Germany, Switzerland, Austria and Brazil are the top seeds for the Gold Medal. Swiss national coach Oliver Lang also expects outsider chances for Chile, Argentina and Italy. With Belgium, New Zealand, Poland and the Netherlands are 4 World Cup newcomers. “I think the title is awarded between Germany, Brazil, Austria and our team,” said the Nati coach, “anything can happen and with the home crowd behind us we can achieve a lot.” Behind the deployment of Switzerland captain Ueli Rebsamen stood for a long time a big question mark. The fans can now breathe a sigh of relief, as Lang announces: “I can confirm that he is fit enough to take part in the World Cup, it may not be in action with every game but it will hold its knee!”

Mascot as ambassador of the Fistball World Championship

The mascot “Üle” (Swiss for owl) has a strong connection to the Swiss national team. Not only has the daughter of the Swiss national coach Oliver Lang delivered the idea. Adela refers the mascot’s name to the nickname of Ueli Rebsamen. The life-size owl figure will be recognized by the fans as a sympathetic face of the World Championship on all days of the event.

SRF is broadcasting the matches of the Swiss national team live from Winterthur on 16 and 17 August. Further information and tickets: www.fistballmwc.com